How to Speed Up the Video on iPhone [Step-by-Step]

If you are a Vlogger,  there are times during editing that you need to speed up a video on your iPhone especially if you are a first-time vlogger.

Rather, you are in transit or at a gathering and, you can’t pop out your laptop to start editing your footage.

Perhaps, you are a vlog subscriber and, you have seen clips from a vlog that passes by rapidly and probably wondered “how did that happen?”

Well, everything is possible with technology, it worked for the flash.

However, it doesn’t matter if you are a vlogger, or, a vlog watcher or, none of the above. What matters is you have a video and you want to learn how to speed up that video on your iPhone.

iPhone does not have a built-in speed-up function for videos. Hence why an application outside the apple world is recommended to speed up the video.

There are tons of applications suited to do the speed-up job but we've selected the top best for you.

Having over 80 million users, there’s no reason why FilmoraGo shouldn’t be on your iPhone.

Let’s dive into the steps to speed up a video on your iPhone via FilmoraGo.

Part1. Steps of increase the video speed on FilmoraGo

FilmoraGo is an easy-to-use video editing app with powerful editing tools created to give your video an aesthetic shine with a bonus tool of amazing features ranging from filters, stickers, animated text, and, background music.

To speed up a video on your iPhone using FilmoraGo;

Step 2: Tap on “new project” to commence your project.

Step 3: Select the video you want to speed up and import it to the timeline. 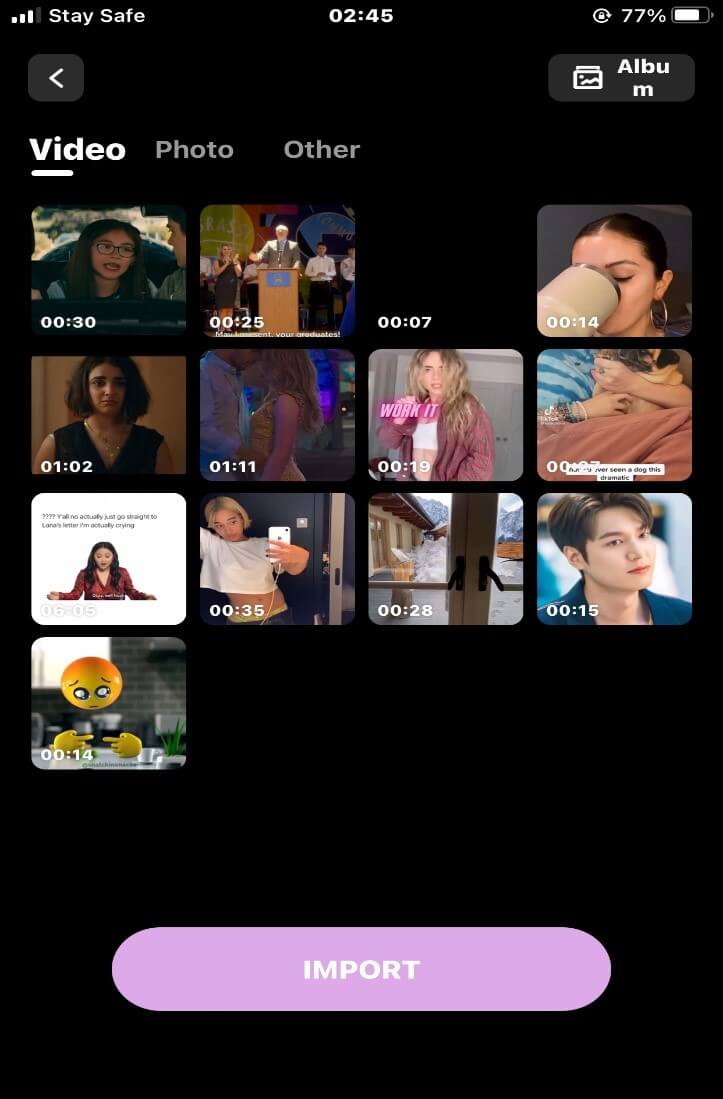 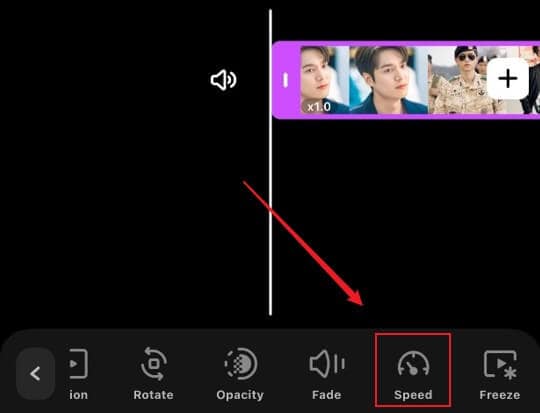 Step 5: Click the "Speed" option and drag the wheel to the right to set the speed limit of the video. 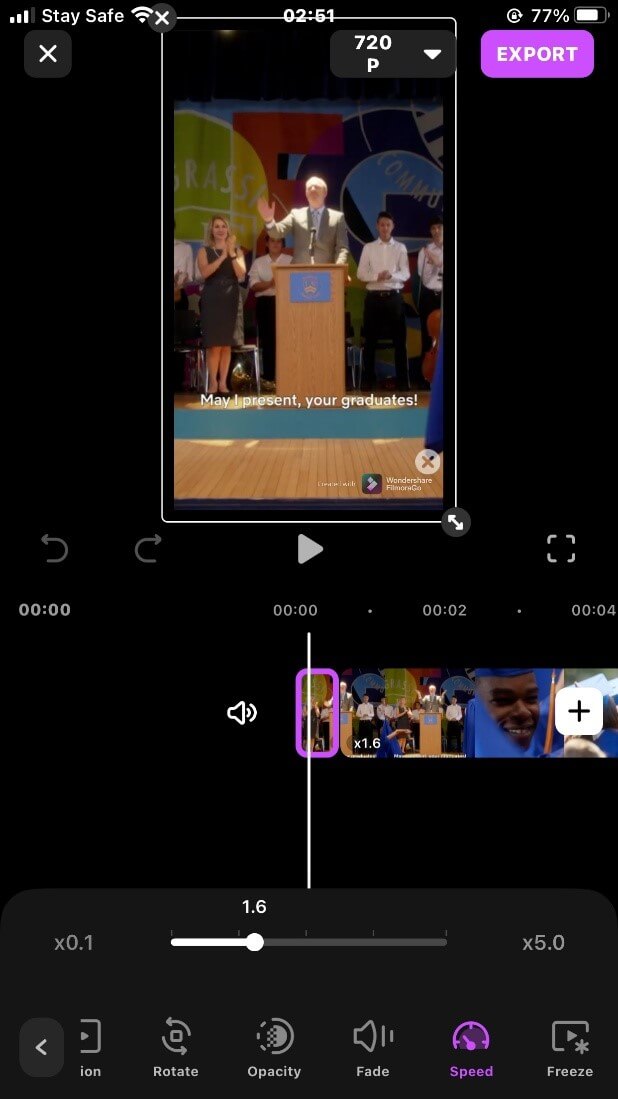 Step 6: Use the “play head” above the timeline to preview your video, before exporting it to share. 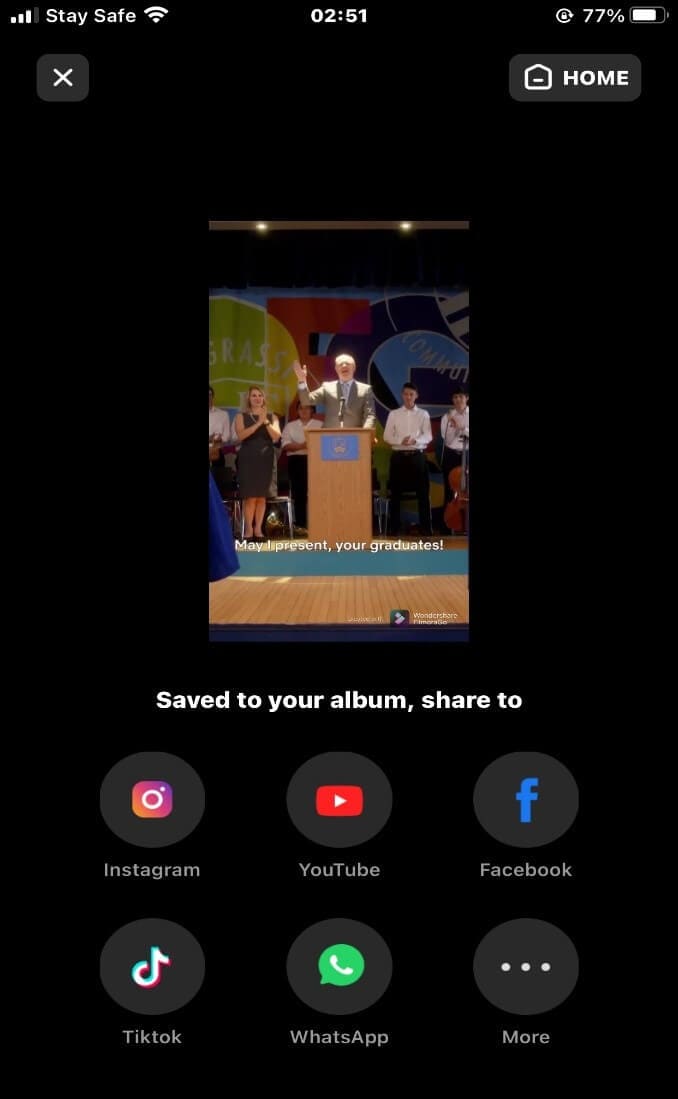 Part2. Steps of speed up a part of the video on FilmoraGo

Emphasizing the vlog aspect as an instance, not every video clip has the speed-up effect.

If you want to speed up a part of a video on your iPhone, FilmoraGo can do so.

The following steps depict how to speed up part of a video;

Step 1: Tap on “new project” to begin your speed-up project.

Step 2: Select the video you want to speed up and import it to the timeline.

Step 3: Tap on the “trim” option, move the “cursor line” to the part you want to speed up and, tap on “split” below. 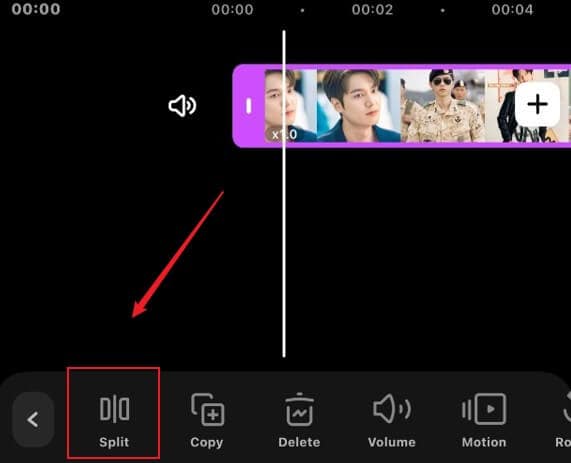 Step 4: Click on the split part of the video below the timeline, then tap on the “speed" option and drag the wheel to the right to speed up the video.

Step 5: Export the video to your iPhone Photos.

Speeding up a video Is a whole next level of creativity that accentuates the beauty of a video.

The normal speed, the fast speed all makes a video fun and interesting to watch.

FilmoraGo transforms a blank video into a whole mini-movie. It is free to use, and for every video edit you try with the video editor, you unlock a new level of creativity you never knew you had.

You simply can’t get enough of the aesthetic video editing tools and effects. Download FilmoraGo from the App store for tons more fun and excitement.

You may also like: Slow Motion Video Editing: 3 ways to turn video into slow motion on iPhone