TikTok Transition Tutorial: How to do transition on TikTok

Transition TikTok videos can be literal and also creative if you take into consideration the popularity of the video app.

TikTok is one of the highest downloaded video-making apps worldwide.

One of its posing features is the transition feature.

Part of Tiktok popularity gain is due to the transition effect.

Transition TikTok videos could range from a before and after video to a switch between two characters conversing.

Although it seems easy to pull off by just viewing the videos, it’s a tad bit hard to make a transition TikTok video.

You might either get the hang of it on the first trial or go through a series of bloopers and fails to achieve your first transition video.

Hence, you don’t have to limit yourself to creating a single video, you can take advantage of the TikTok range of transitions and make tons of videos.

As the saying goes, actions speak louder than words, we’ve put our words into action with steps on how to make a transition video on Tiktok. 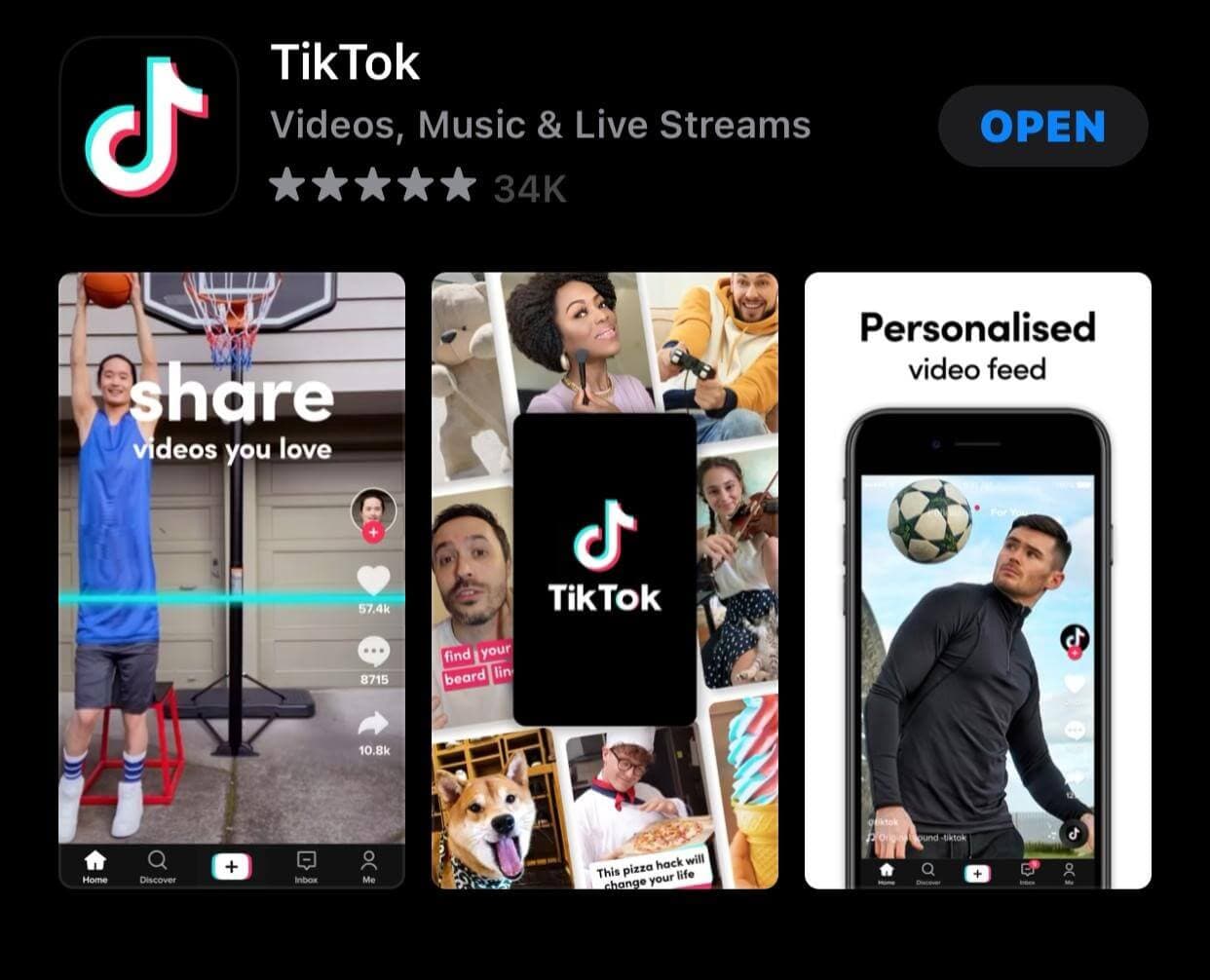 Step 2: Tap on the + sign to create or upload your video. 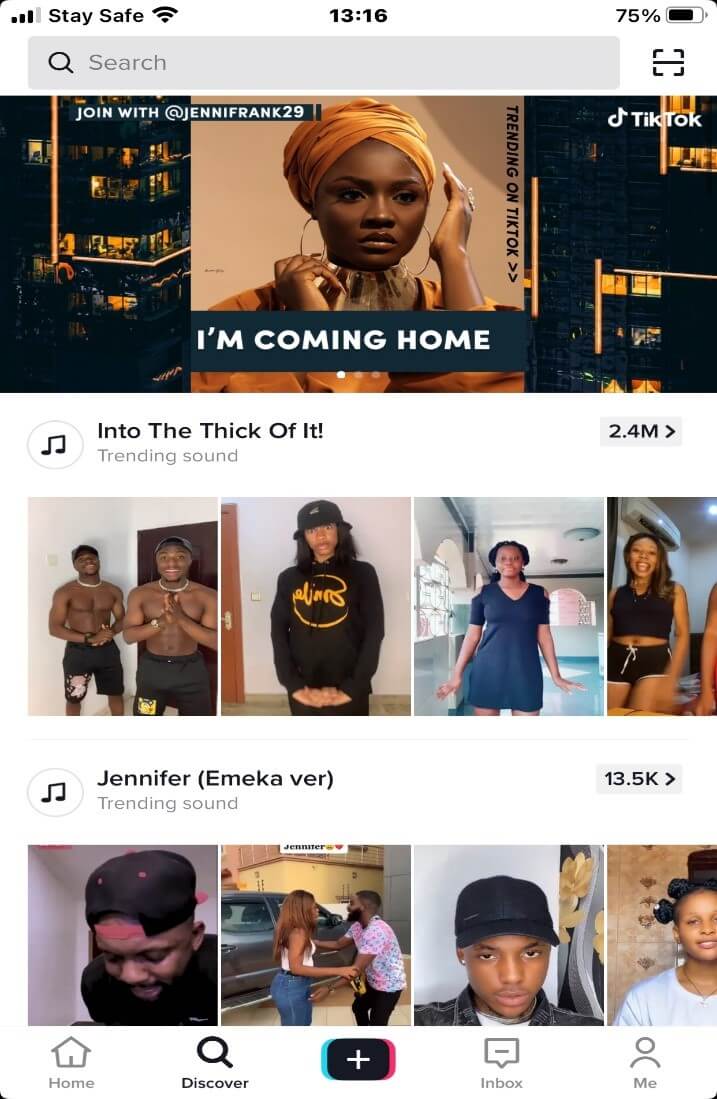 Step 3: Tap on “effects” below the screen.

Step 4: select “transition” amongst the tab of options. 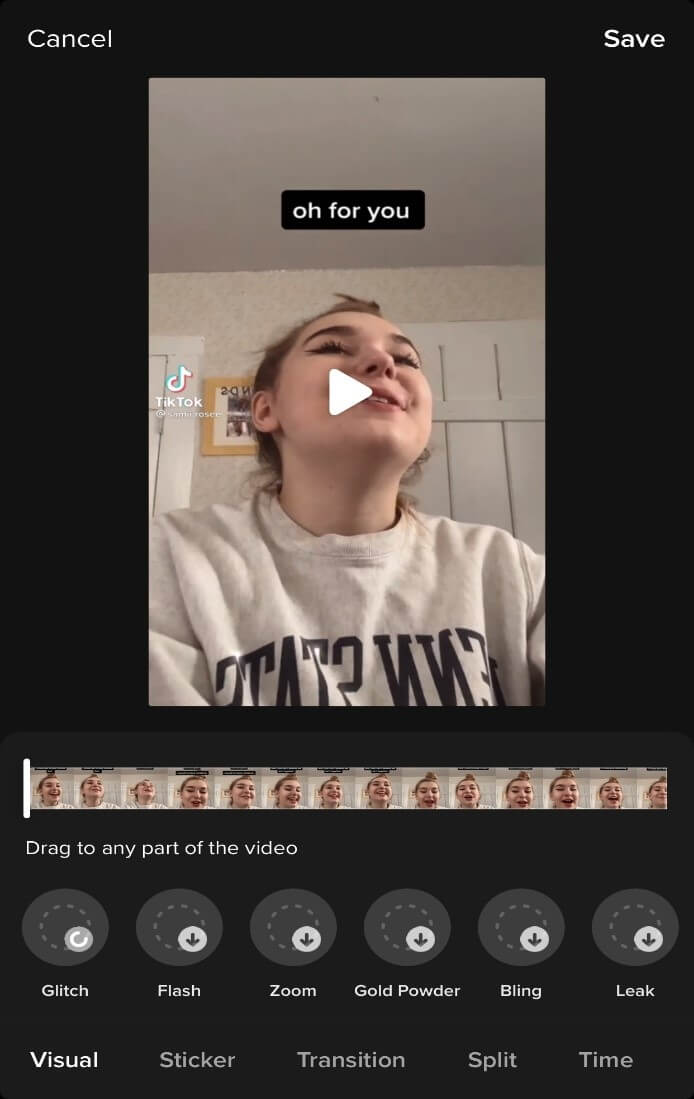 Step 5: Tap on any transition of your choice to apply it to your video. 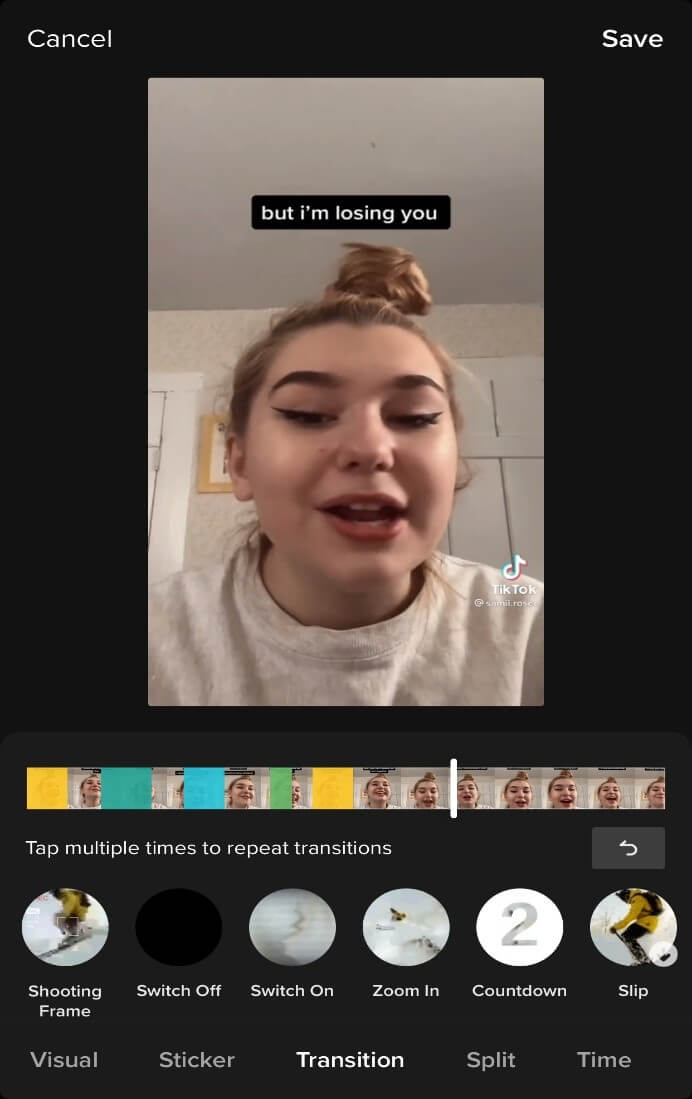 Step 6: Tap on the “undo” button to remove a transition that doesn’t suit you. 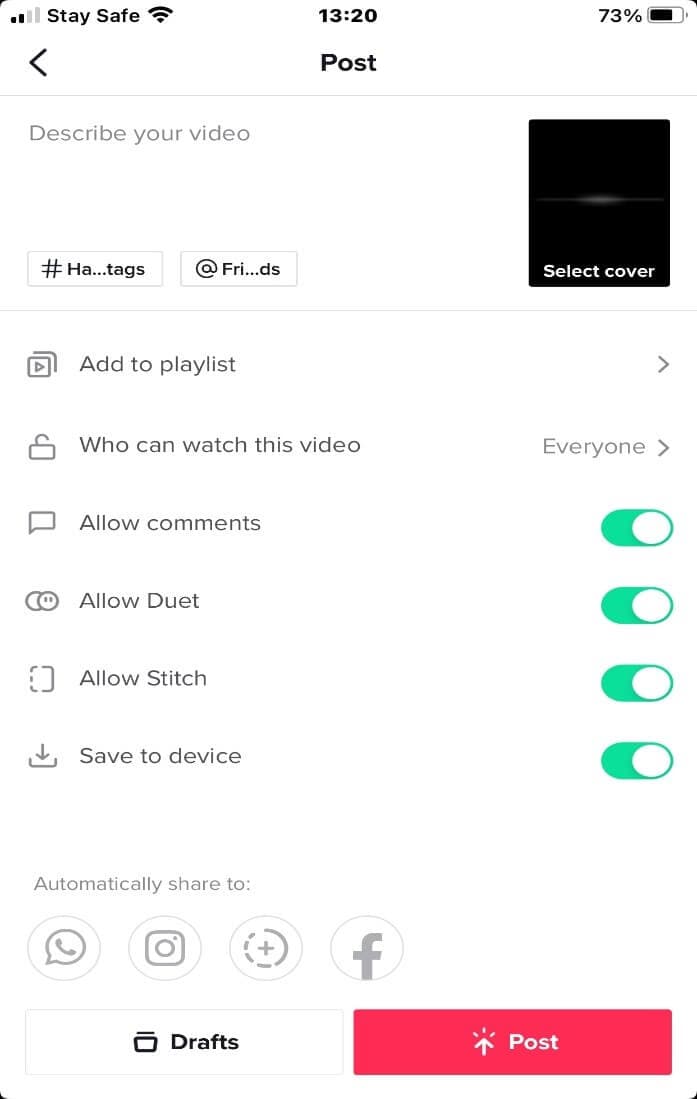 Although TikTok has its own transition effects, you can explore other transition TikTok effects from other video apps.

You can add these transition effects to your video and share it directly on TikTok or other social media platforms.

Being an easy-to-use video editor with powerful yet simple editing tools, FilmoraGo has limitless ways to get creative.

It also has a dual-camera function that lets you capture your videos from the scratch with tons of filters, props, and other creative camera features.

You can create music videos, make movies out of your memories, add transitions effects for a creative flair and share them with friends.

The transition effects are going to be outlined below;

FilmoraGo: A video editing app that provides a variety of transition effects for free. 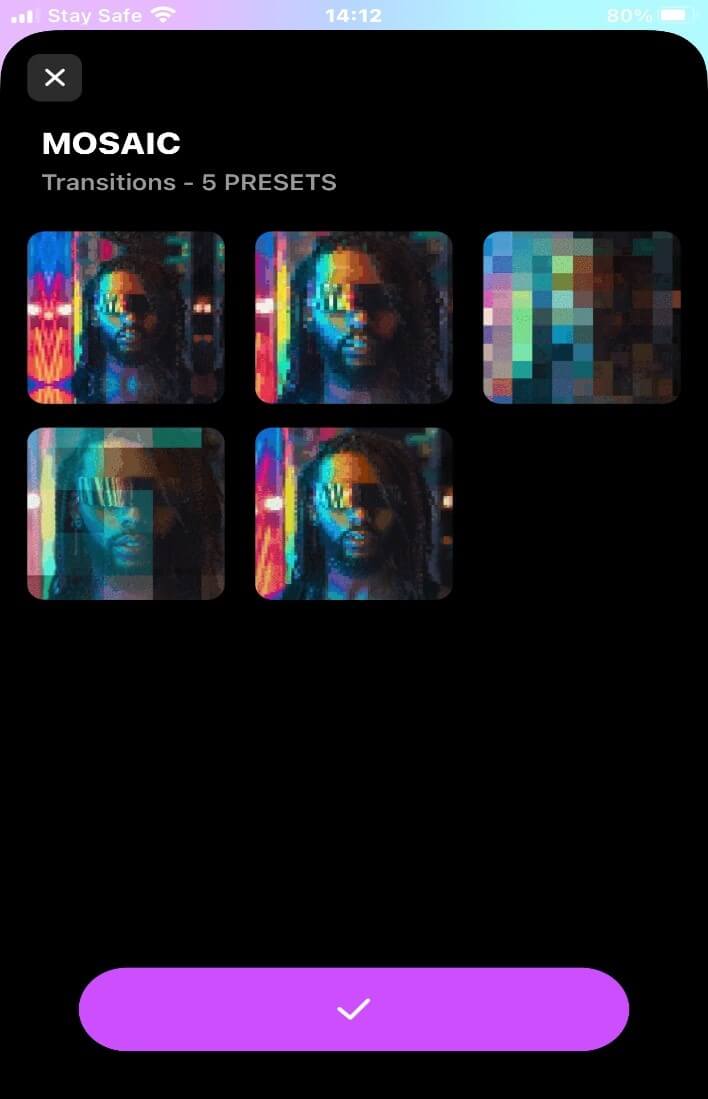 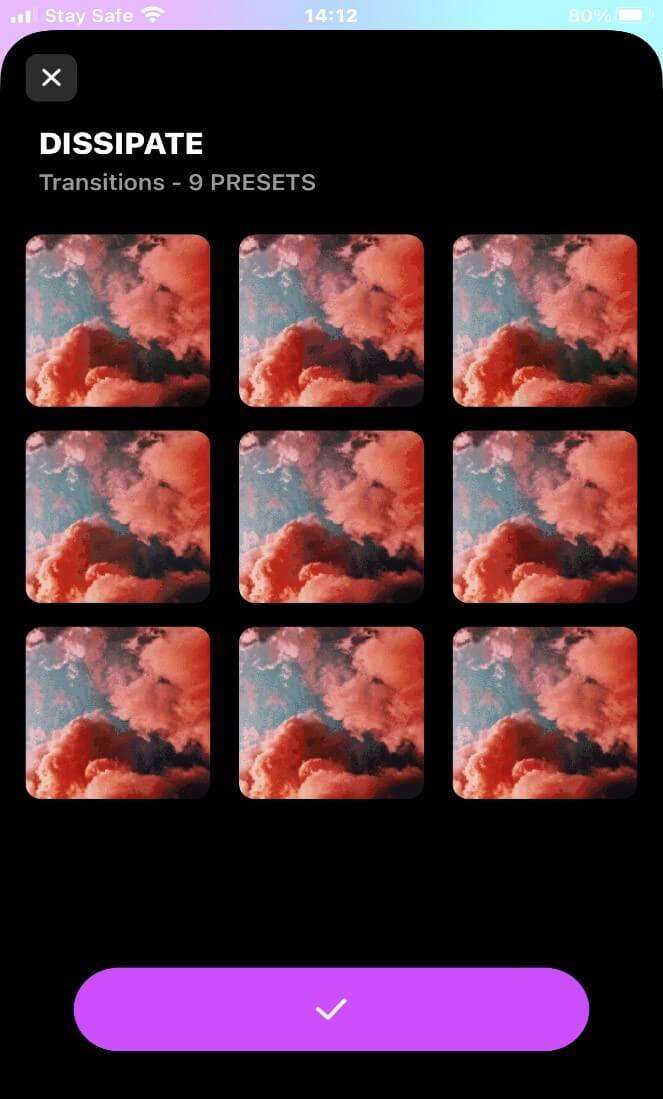 The Fisheye Roll transition effect has a total of eight transition presets. 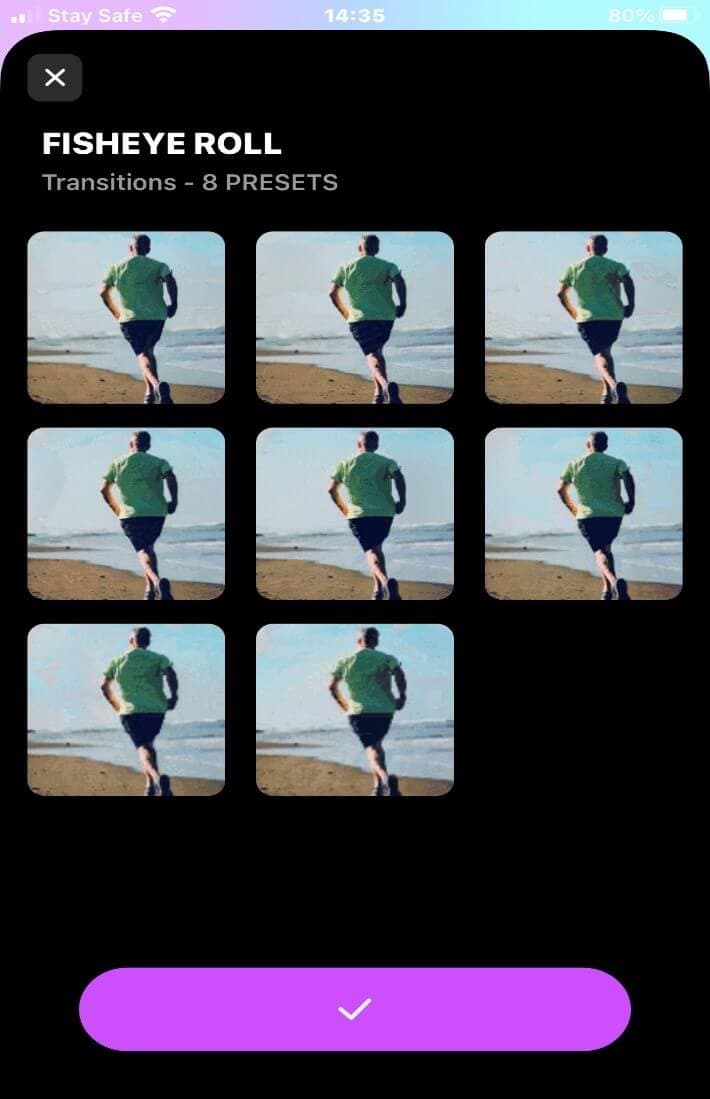 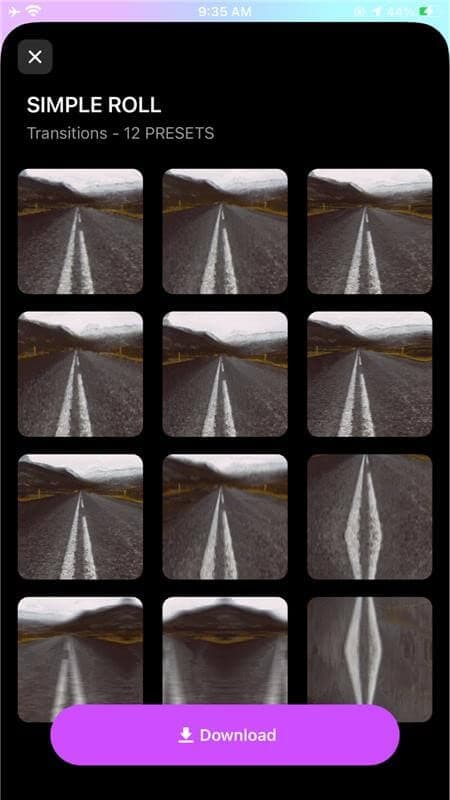 Transition TikTok videos are one of the most viewed and liked videos on the entertainment app.

No longer do you have to watch those creative videos and wish you could make one as well.

The time and guideline to making a badass transition TikTok video has arrived, get your groovy shoes on and your creative mind!

FilmoraGo also delivers the best transition effects for a cool video. An amazing perk of FilmoraGo is you can insert other advanced and powerful features such as filters, animated texts, stickers, and tons more to your transition video.

As stated above, turn on your creative mind and take advantage of an intuitive app by downloading FilmoraGo from the App store!

You may also like: Video Transition: 30+ cool effects to make a smooth transition video