Wondershare FilmoraGo has recently released Version 5.8 for all iOS users.

The latest version comes with an AR Camera feature, with this update, Wondershare FilmoraGo aims to meet the upgrading of iOS devices and the growing demand for video creativity, which coincides with the characteristics of its main users -- "young, fashion, the pursuit of freshness". 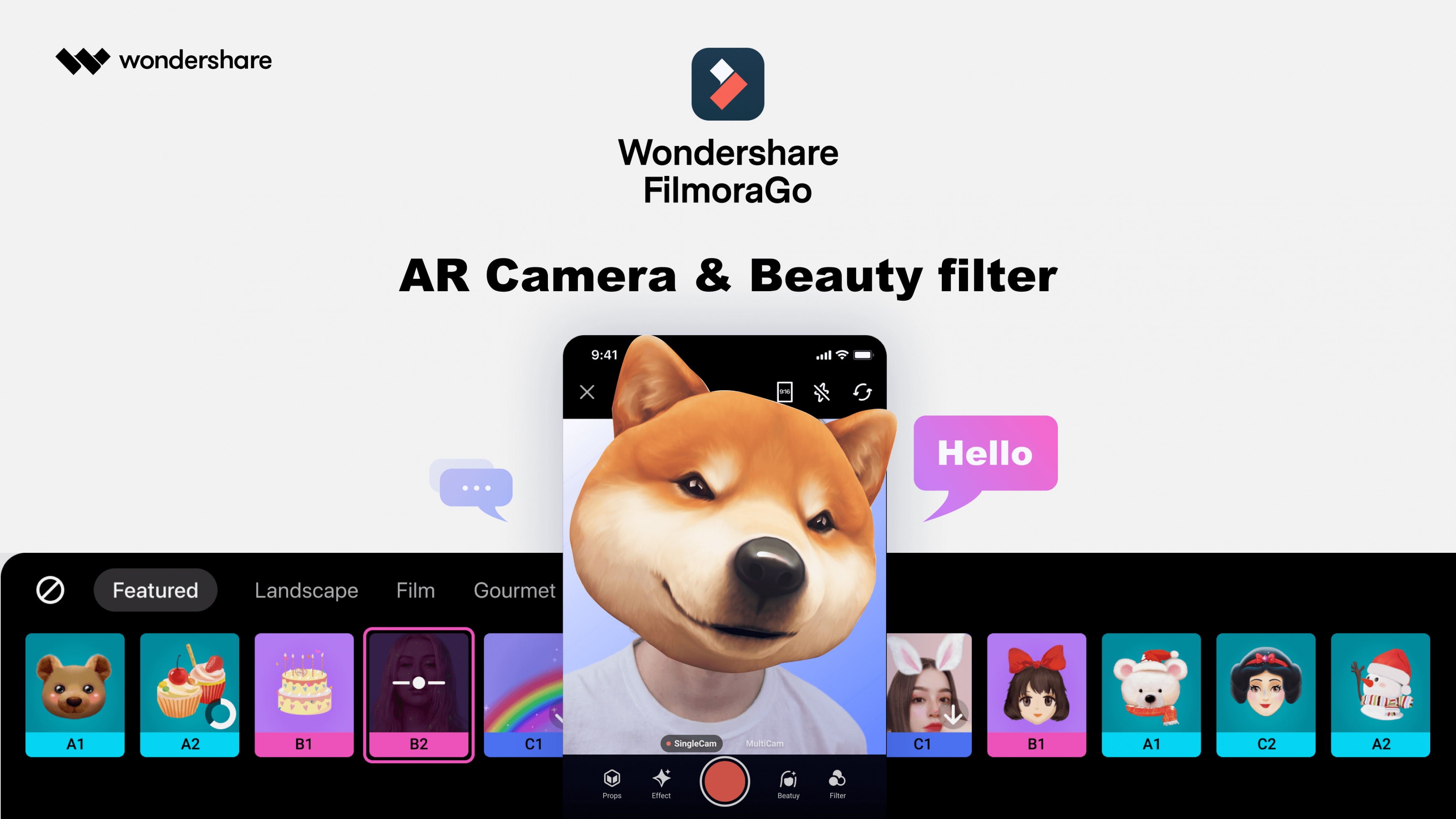 "As a user-driven product, Wondershare Filmorago iOS is always keeping an eye on the changes of trendy culture and trying its best to match them within the app, we hope that our users can get happiness and recognition from ordinary video editing and creation," said Alex Lu, Product Director of Wondershare FilmoraGo iOS.

In recent two years, many social apps, such as Instagram and Snapchat, have developed the function of AR camera, which is popular among young people, especially the AR mask filter, was all the rage during the epidemic last year. What’s more, since Apple released the iPhone X in 2017 and even now its further models iPhone 11 and 12, they have better depth-of-field portraits recognition and better support of face tracking technology in all of Apple’s devices, which gives more realistic and smooth AR experience to the iPhone users.

With the new AR Camera feature, Wondershare FilmoraGo iOS users can directly choose all kinds of AR stickers and filters while shooting video clips, there is no need to add various layers to achieve such effect. What used to take hours or even a day can now be done in minutes.

Compared to its previous versions, FilmoraGo iOS V5.8 has also made a major update in the function of multi-camera. When using a multi-camera for shooting, users can directly add filters to provide a different atmosphere, and can also choose the rear cameras to give full play to the iPhone’s rear wide-angle camera.

Note: FilmoraGo has been organizing its theme events for a long time where users can win interesting prizes by creating amazing videos.

This time the theme of April is “Dress up your Pet”, The prizes are also very generous, iWatch, DJI OM4, etc., Android and iOS users can both participate. You can find more information on this page: 'Dress up your pet event'!.

You may also like: How to Trim, Cut, Crop, or Split Video on iPhone

Wondershare FilmoraGo iOS is compatible with iOS 12 and higher versions. The pricing starts from $29.99 per year. To learn more about FilmoraGo iOS, please visit https://filmorago.wondershare.com/video-editor-ios/ or follow us on Facebook and Instagram.