Mp4 Splitter: How to Split a video into two parts on FilmoraGo

The idea of splitting the video into parts specifically an mp4 video file format isn’t absurd.

Mp4 video format is popularly used for every media file on computers and smartphones.

However, a video doesn’t necessarily have to be in an mp4 compressed file format to split.

There are tons of other videos in a file format such as MOV, AVI, MKV, etc with large clips which can be split into little clips.

Whether it is an android or iOS device, neither of these devices have an in-built tool to split the video into parts.

An mp4 splitter is in the form of a third-party app, the same applies to every other video format.

A recommended app to split the video into two parts is FilmoraGo iOS version.

FilmoraGo is a magical video editing app with outstanding editing tools to create and edit all types of videos.

Equipped with movie-like video effects such as aesthetic filters, animated stickers, over 10,000 royalty-free background music, and lots more ways to get creative and fun.

There’s no reason why FilmoraGo shouldn’t be your go-to app to split the video into parts.

Section1. Steps to split a video length into two parts

A 30-minute video takes less space than that of an hour but then our favorite videos always have to be an hour or two long.

To share it with friends or to post it on your social media platform always ends up with the video being split into numerous clips.

However, the worse part is not knowing how to split the video into parts hence ruining your masterpiece with the end result of mismatched clips.

We've got you. Pen down the following steps to use an mp4 splitter namely; FilmoraGo like a pro

Step 2: Tap on new project to have access to your videos.

Step 3: Select the video or mp4 video you want to split and import it to the timeline. 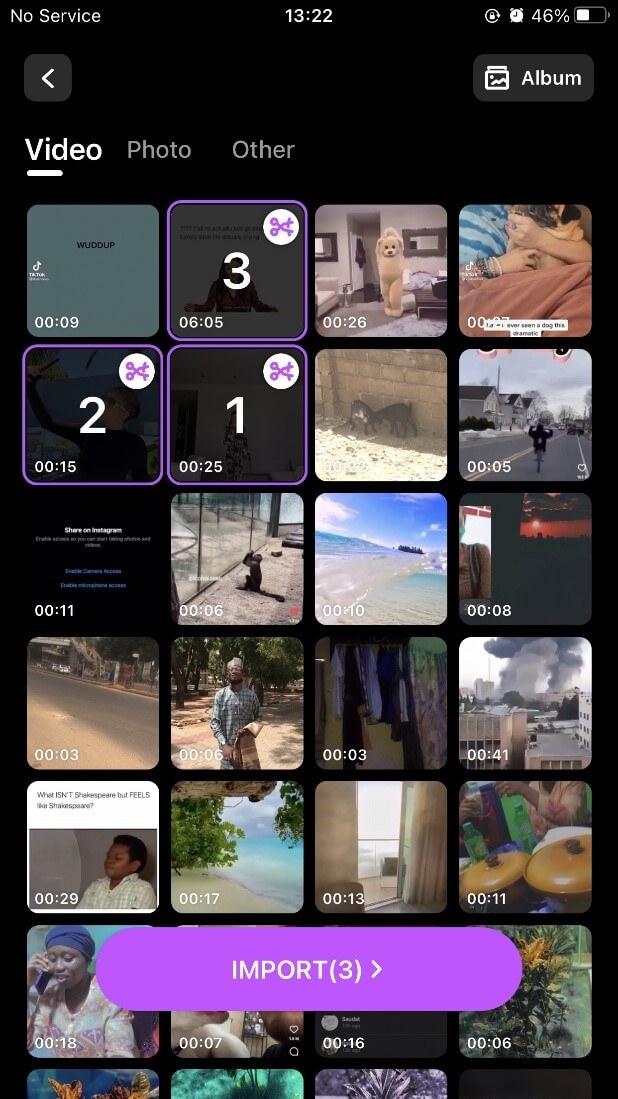 Step 4: Select trim from below the options and a row of options will appear. 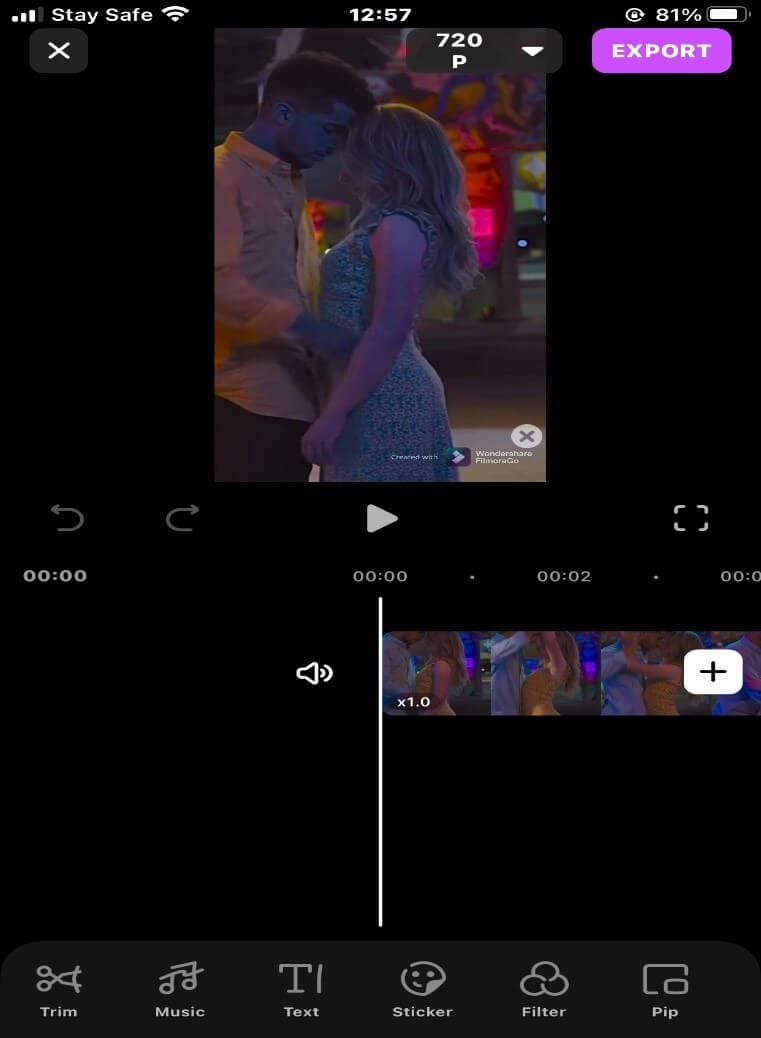 Step 5: Move the line cursor onto the part of the video you want to split. Tap on split to split the video into two parts. 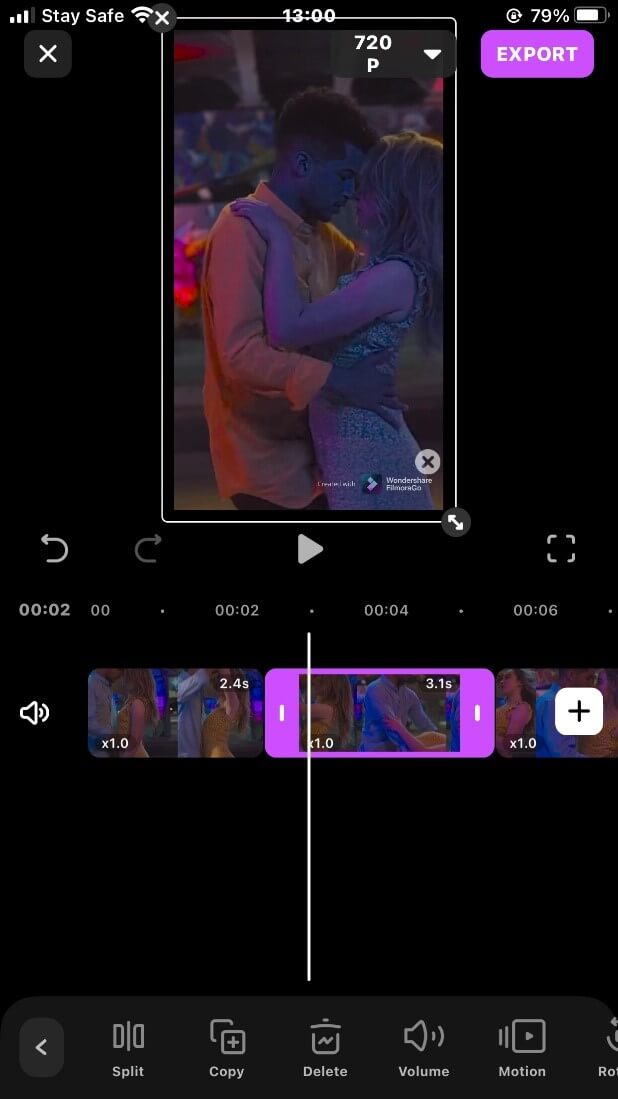 Step 6:  use the delete option below to delete the second part of the video that wasn’t split and, export the first part. 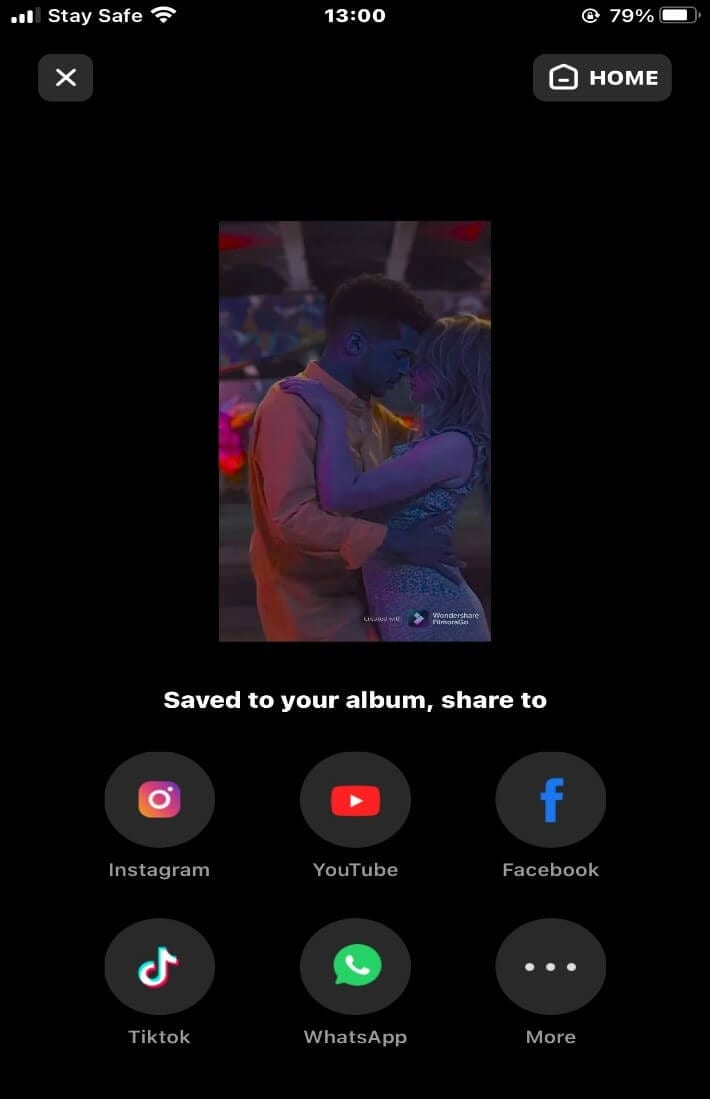 Step 7: Import the same video again, use the “split” function to split the video. Use the “delete” option to delete the first part and, export the second part. Only this way, you can get two splitted videos.

Now that’s a whole other level of being cool.

Have you ever wondered how YouTube vloggers are able to explain a point to you with an extra video playing simultaneously?

Splitting a video into two screens is commonly used when additional information needs to be conveyed.

FilmoraGo isn’t an exception with this particular effect. In fact, the PiP function is amongst the first row of editing tools below the timeline once you open the editing app.

To split a video on your iPhone into two screens via FilmoraGo, you should the following steps: 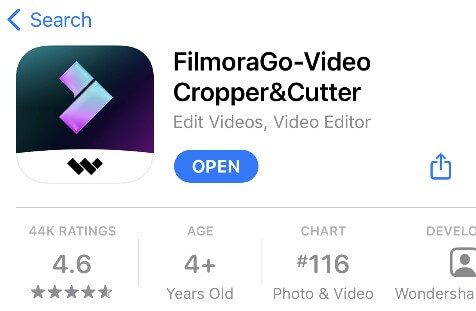 Step 3: Select the video you want to split and import. 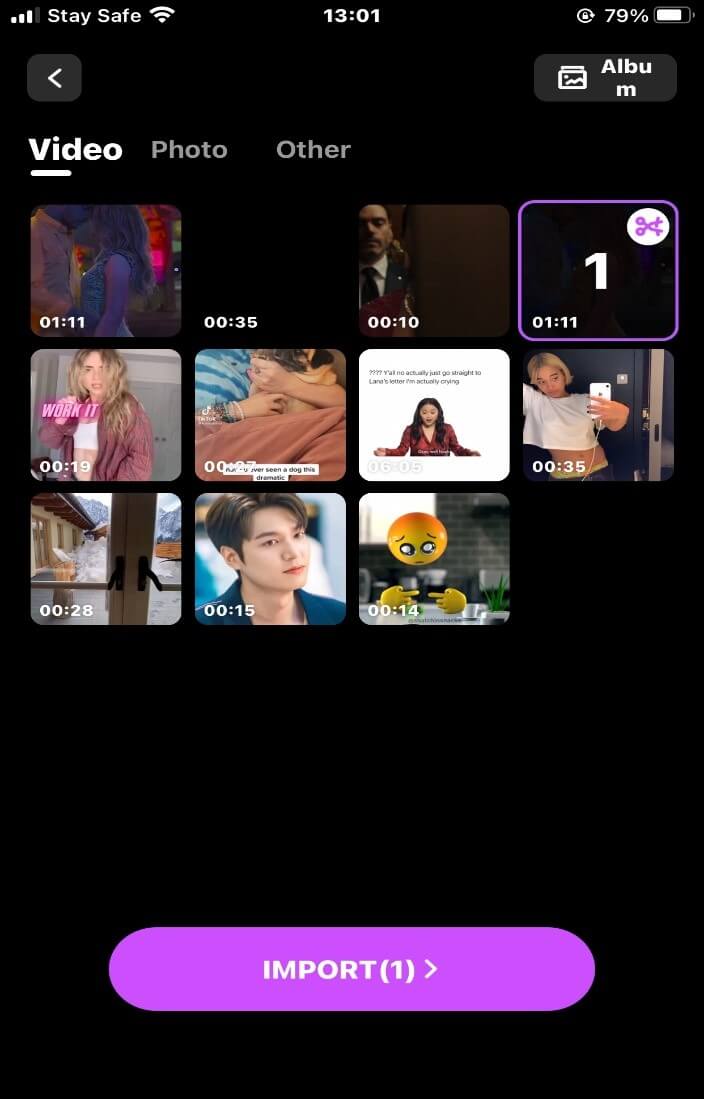 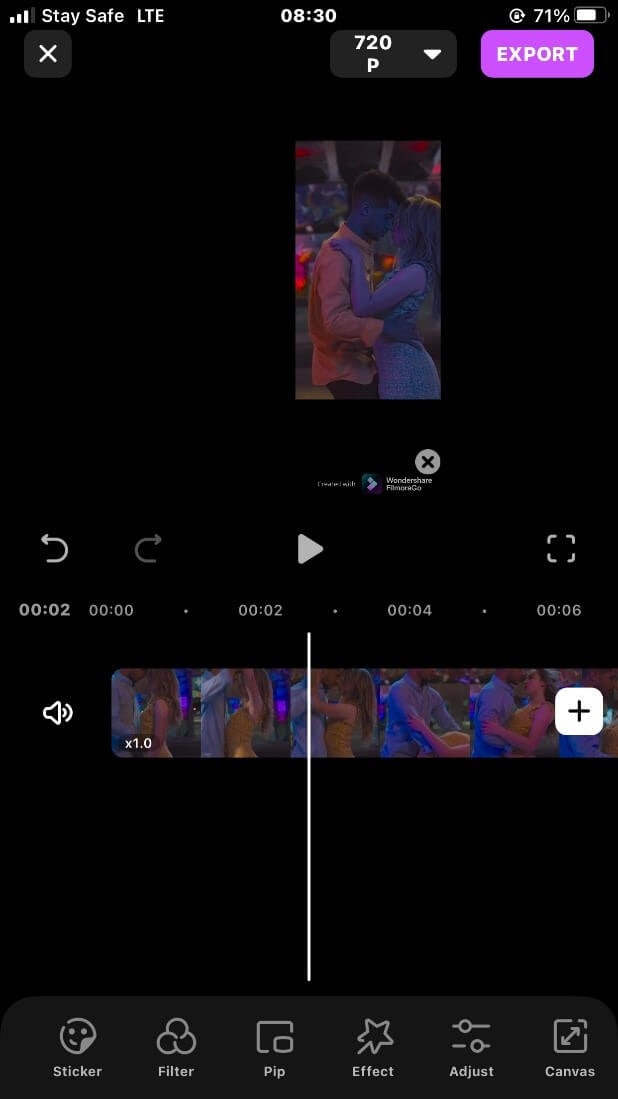 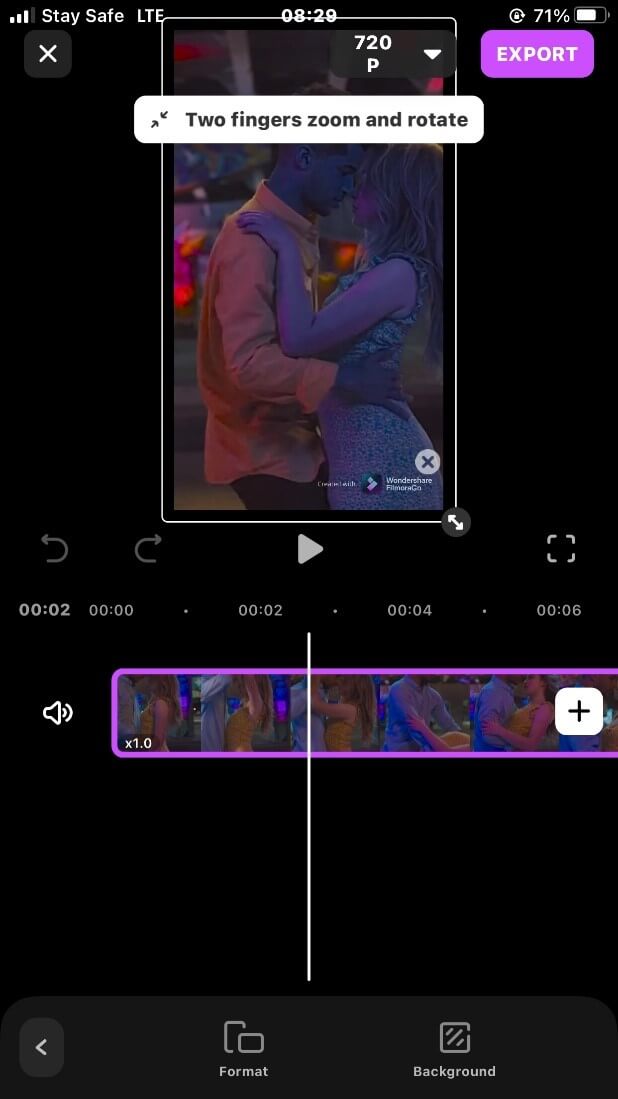 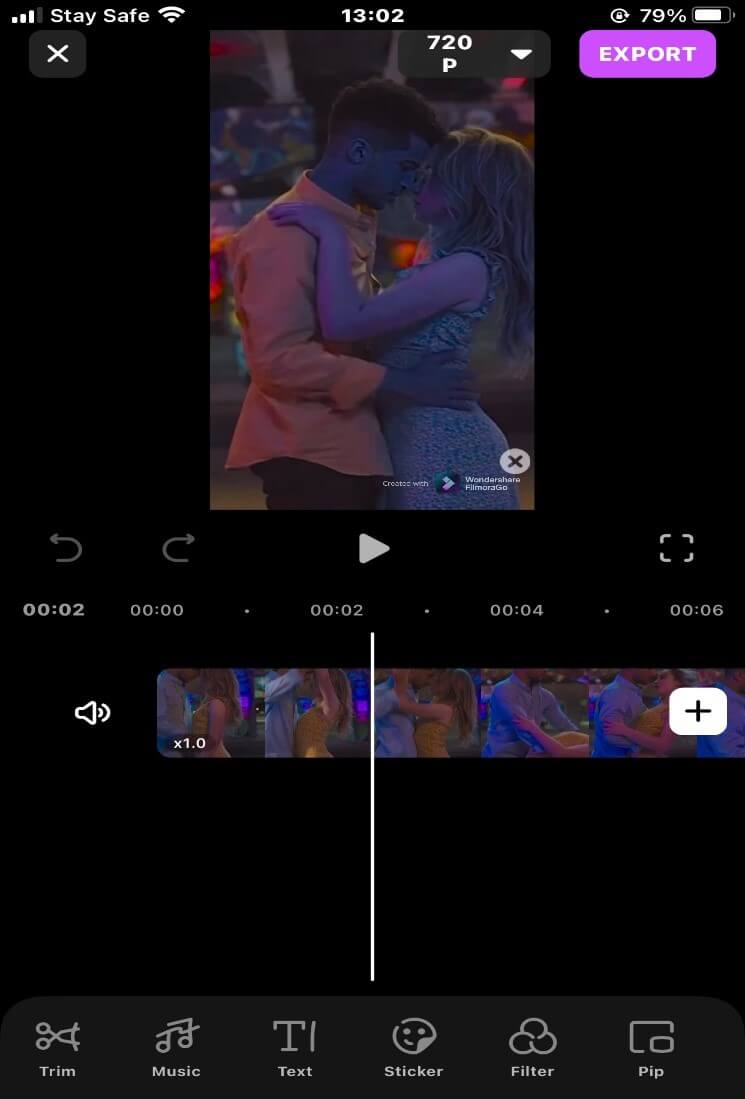 Step 7: Adjust the position of both screens by pinching the screen or using the little arrow beneath the right-hand side of the video. 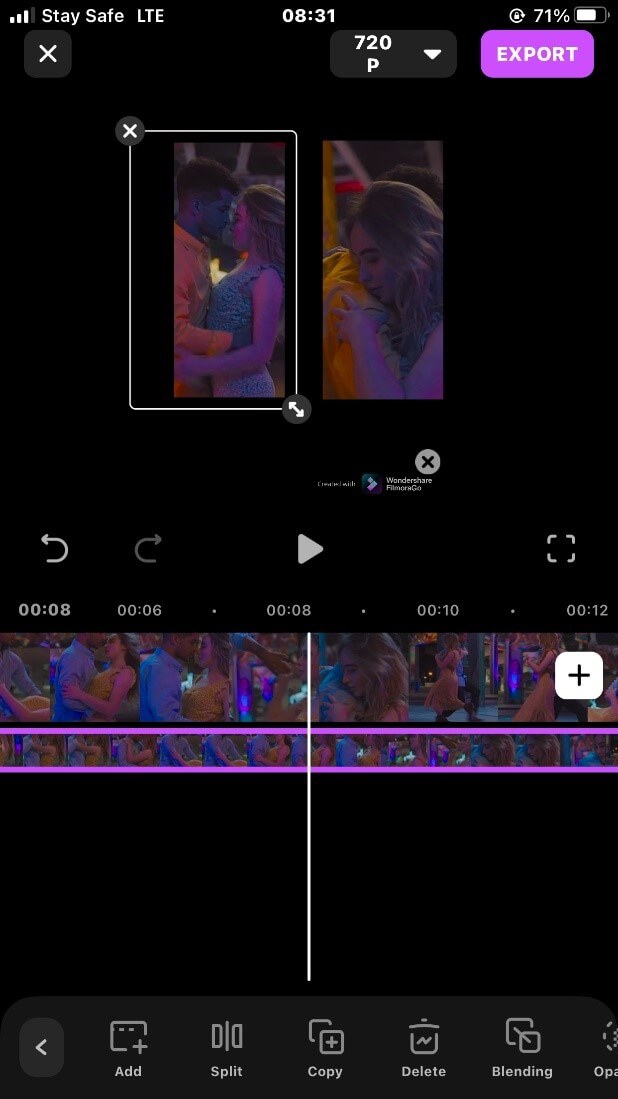 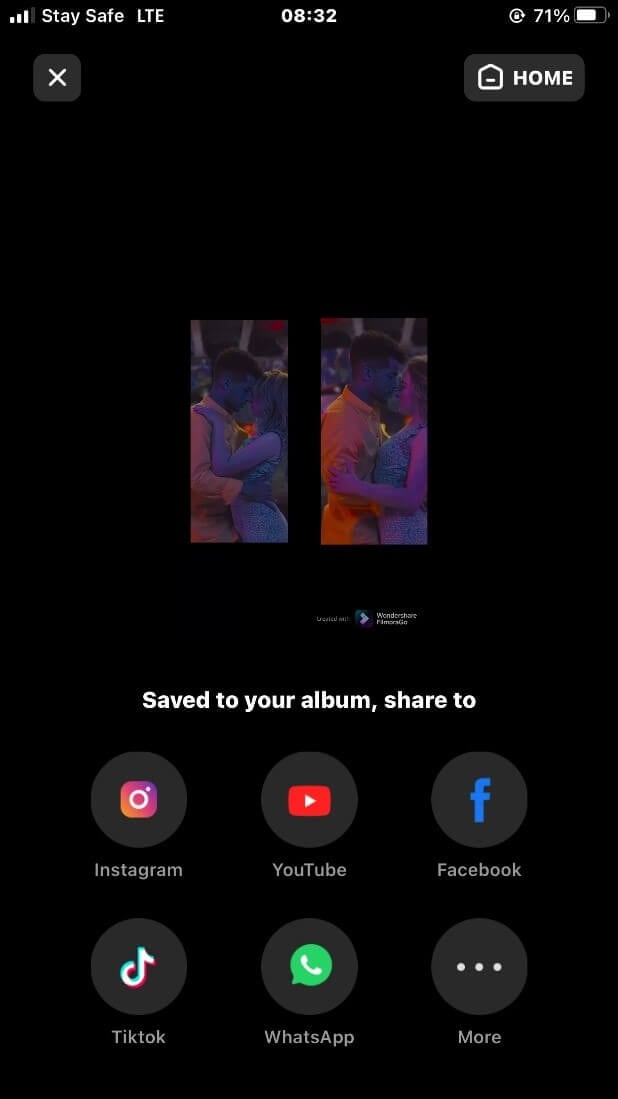 Although it might see difficult to split the video into two parts, it isn’t impossible.

Let’s face it, the beauty of a video comes out in parts rather than as a single clip.

FilmoraGo serves not only as an mp4 splitter but gives you the option to furnish your split video to a cinematic view.