How to Shorten a Video on iPhone [Two Methods]

Every other influencer wants to create beautiful videos for their audience. They can add effects, filters, and other features to enhance their clips. Often, they require shortening their videos to cut the unwanted parts.

Editors who require abridging their videos do not need any fancy editing software tools. They can trim their videos by following a few steps.

In this blog series, we will assist you in understanding specific editing such as shortening videos on iPhone using a popular video editing application.

Method 1: Speed Up the Video to Shorten the Video

Speed up video or fast-motion effect makes the clip play faster than the original speed. Such videos can give us a dramatic or funny feeling. Speeding up can also make the videos shorter and cut down their duration.

While several video editing software tools can help in abridge the video, we will discuss how you can add fast-effect using the Wondershare FilmoraGo App.

Launch the Wondershare FilmoraGo app on your iPhone and click on the “New Project”. You can import the clip from your album. 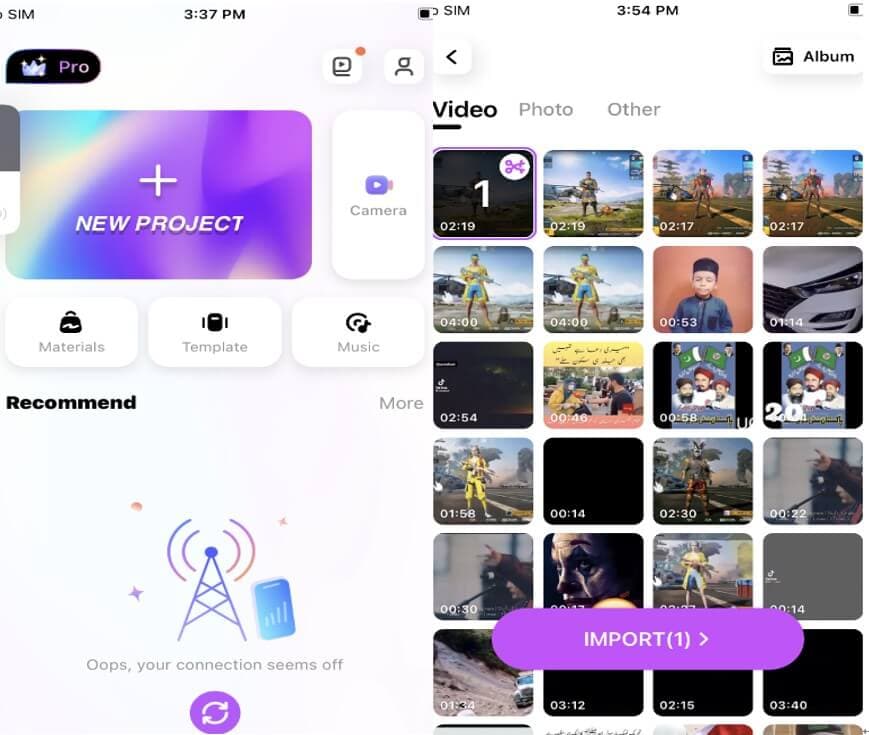 Step No. 2: Speed Up in One-Click, Fixing the Slider

The next step is to adjust the speed and duration of the video. You will find the speed option under the Trim feature.

Speed numbers will specify how quickly you want the motion or effect to work. Then adjust the speed the way you desire, fixing the slider. You can see the effects while playing the preview option.

The speed limit begins from x0.1 to ends at x5.0 in FilmoraGo app. For the beginners, we have defined the speed limits below:

●    2 can double the original speed of the video

Editors can fix the speed limit of the video according to their choices. One easy way to change the video speed is to drag the speed slider.

To make it faster, you can drag the slider in the right direction. However, if you want to slow down the video, drag it to the left side.

Step No. 3: Save the Video After Exporting it

As soon as you are done accelerating and previewing the final version, export the video. You will find the option in the top right corner of the app.

But make sure that you select the resolution of the video first. After the video is exported, save it to your album.

The accelerated or decelerated video will be saved in your iPhone from where you can share it on any social media platform too. 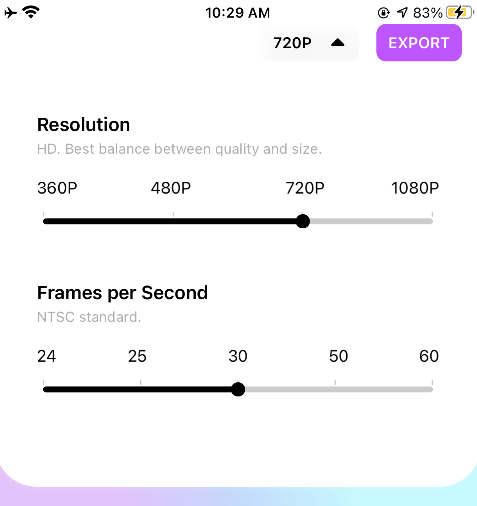 Method 2: Cut Out a Part of the Video to Shorten the Video Length

Cutting unnecessary scenes from a recorded video is routine work in video editing. If you have shot a great video, but you want to trim down some irrelevant content, you can cut out that particular part and abridge the video.

You can follow the below steps to cut a specific section from a video and shorten its length.

Step No. 1: Start a New Project

The first step is to launch the editor on your iPhone and add the video to the timeline, by clicking on the “New Project”.

After selecting the video, click on “Import” so that the video appears on the FilmoraGo timeline. As mentioned above, the tool permits you to include video in any format.

Step No. 2: Cut the Video Manually by Splitting it

This is the step where you actually abridge the video. After the video appears on the interface, click on the “Trim” option. Hit the Play button and split the video as required. Select the beginning and ending points.

You can also adjust the frames by cropping the video. After splitting the video, you will find it cut in several portions. 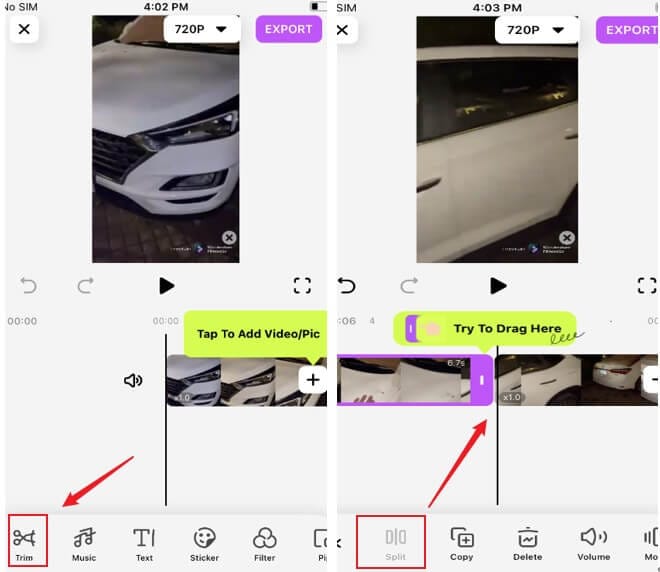 Step No. 3: Export the Video

After you are done with the basic editing and cutting of the video, click on the Export button. However, you must select the resolutions first.

Choose the required resolution you want to save the clip in, and it will be on your phone in the same format after the video is exported.

Also, with the help of this software tool, you will notice that the quality of the video, even after cutting it, will remain unaffected. 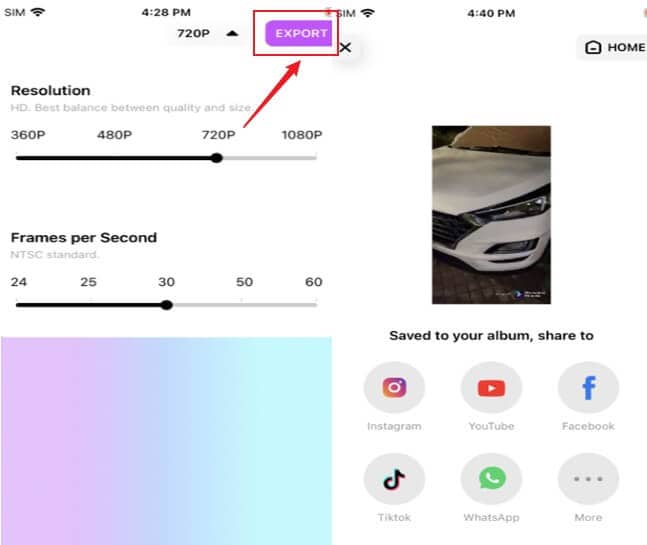 If you want to shorten your videos, follow the two steps above to do so. Wondershare FilmoraGo is a simple video cutter that is available for both iOS and Android versions. With the help of its easy-to-use interface, one can trim videos seamlessly.

Being one of the excellent video cutting apps, it has advanced features, including cool transitions, splitting and cutting of videos, titles, music, and stickers, assisting you in composing impeccable videos for social media platforms. Download the FilmoraGo App today and amaze your audience!

You may also like: How to Easily Make Cooking/Baking Vlog on FilmoraGo