Changing the speed of the video is one of the best ways to take the visual content to the next level. Users speed up or lower the speed of the video due to several reasons. Just like we all love watching videos, we also skip the unwanted parts to reach the climax. Speeding up the video can assist users in doing the mentioned aspect.

However, it is necessary to keep the video quality intact otherwise a poor quality video content may not interest the audience. On the other hand, lowering the speed of the video can give it a cinematic, surrealistic, and funny feel to the audience.

If you want to adjust the video speed, you are at the right place. This blog series will cover how users can speed up or slow the speed of their video content using Wondershare FilmoraGo in both Android and iOS versions.

Wondershare FilmoraGo is one of the highly suggested software tools for iOS and Android phone users.

It is a handy application for all those who have lesser time to sit on their computers and adjust the speed of the video.

So, they can use this easy application in their phones and quickly speed up and slow down the video as required.

The application has a very simple and easy-to-use interface suitable for beginners and seasoned editors. 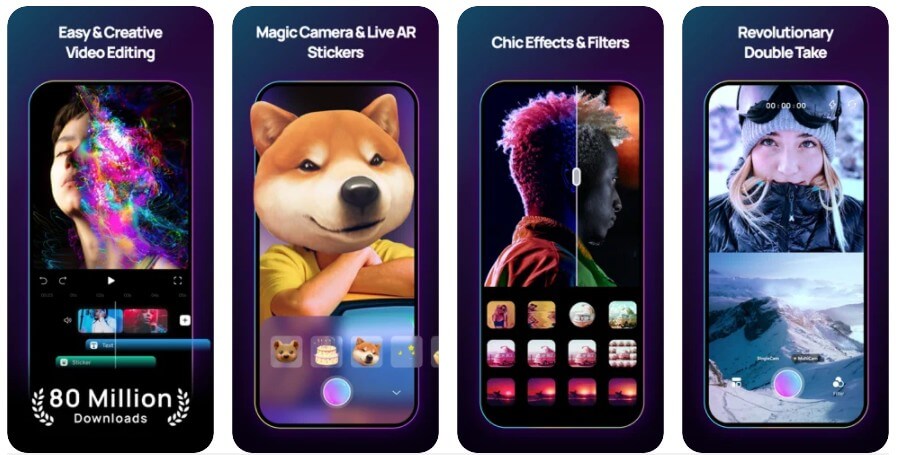 Over 70% of the users edit their videos using this application because of the variety of filters, effects, and templates to choose from. No matter what kind of edit you want to do, users can do it with ease.

Now that we are done with the overview to the tool, let’s discuss the steps to adjust the video speed below.

How to Speed Up or Slow Down the Video on iPhone?

Step No. 1: Select “New Project” by Clicking “+” and Import the Video

In your iOS version, launch the FilmoraGo app and click on the New Project represented by a “+” symbol. You will find various videos and clips in your album and select the one which requires editing.

Also, Wondershare FilmoraGo supports all popular forms of video formats so you need not worry about the video format too, simply import the video in the software tool.

Step No. 2: Adjust the Speed Limit

This is the step where editors can accelerate or decelerate the speed of the video. The selected video will be on the application’s interface featuring multiple options. Click on the “Trim” feature to fine adjust the speed limit of the video.

After selecting it, you will find several options which would include the speed option too. The speed scale in this application is from x0.1 to x0.5. Understand that the higher the scale, the greater the speed and vice versa. 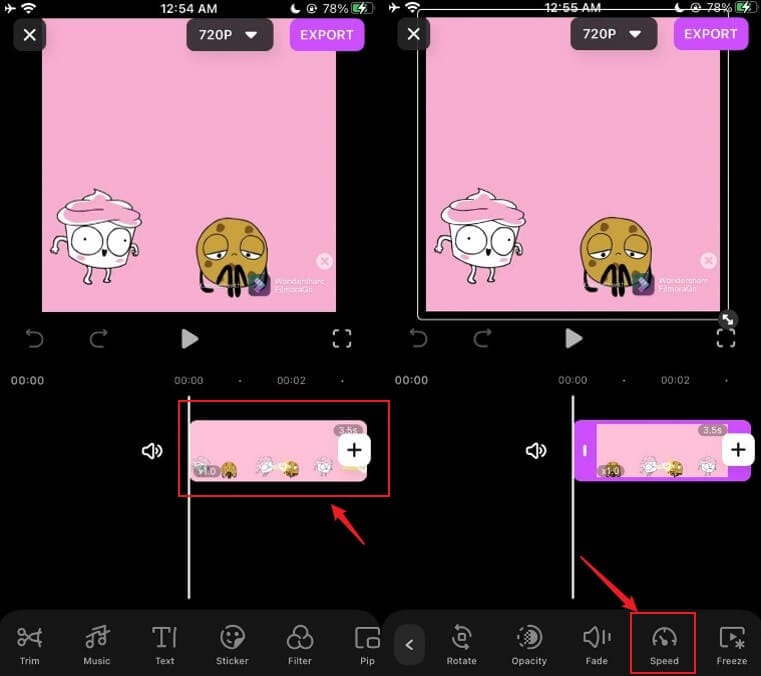 To increase the speed of the video, drag the slider to the right-hand side and you will notice that the video length will shrink. It will happen because with the increase of speed, the video’s duration will also reduce. Ensure previewing the video after fixing the speed limit. 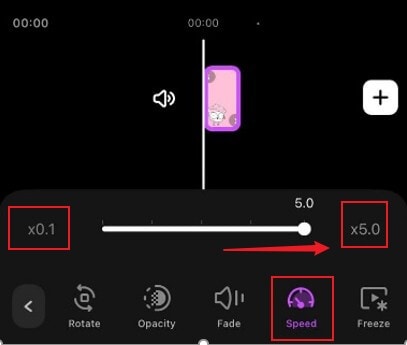 To slow down the video speed, you have to do the opposite of the aforementioned step. Drag the cursor on the slider at the left-hand side and stop at the required slow level.

In the below example, you will see that we have dragged the slider to the normal length i.e. 2.6. as we had to keep the video speed at the normal rate.

If you want to decrease more speed, you should drag it more towards the left. 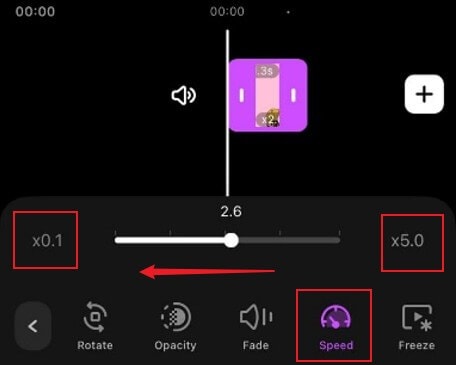 Step No. 3: Export and Save the Video in Your Album

As soon as you are done with adjusting the video speed, export the clip in the required resolution. Fix the resolution by clicking on the downward arrow where 720P is mentioned and adjust it accordingly.

Then, right beside the resolution option, you will find “Export” icon, select it and the video will be saved in your iPhone’s album.

Editors can also share the album directly after creating it on the desired social media platform by clicking on any of the platform’s icon. 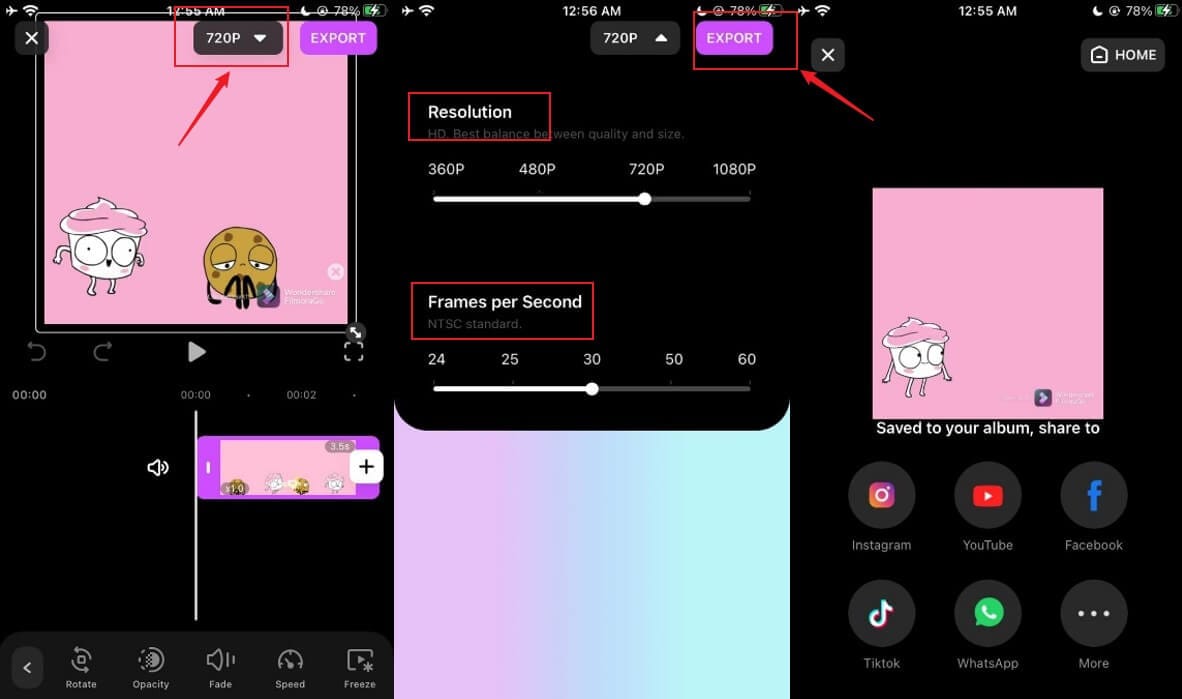 How to Play a Video at Different Speeds on Android Phone?

Step No. 1: Import the Video in Your Android Phone

The first step is to import a video by clicking on the “New Project”. Just like in iPhone, the FilmoraGo Android app also supports various kinds of video formats.

So, you can import any format video by selecting the “+” symbol to begin adjusting the video speed. 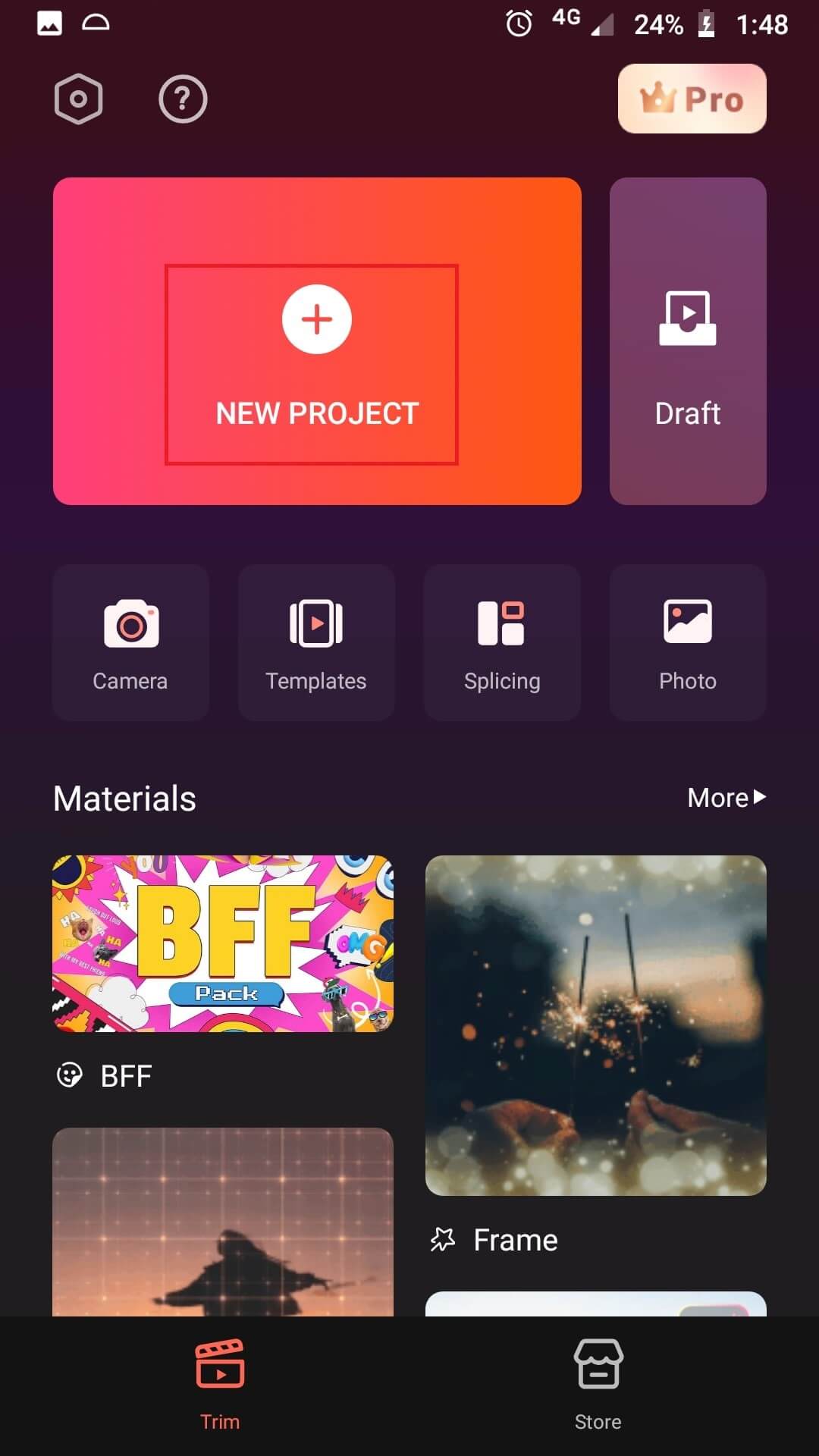 After selecting the video, it will appear on the interface. To adjust the speed of the video, click on “trim” option and under the same option, you will find several other features. Choose “Speed” and change it as required.

You can double the speed and even lower the speed using the cursor appropriately. Below we have discussed how you can accelerate and decelerate the speed.

To increase the video’s speed, move the cursor to the right-hand side and you will see that the speed is 5 times more than that of the original. Also, the duration of the video will shrink after increasing the speed.

To decrease the video’s speed, drag the cursor to the left-hand side and the video will turn into a slow-mo. Also, the duration of the video will increase as you would apply the low-speed effect.

Step No. 3: Export the Video in Your Gallery

Once you are done with the speed adjustments, export the video. The option is at the top right corner, select it and you will find resolution popping up on the window. Choose the desired resolution in which you like the video to be exported in.

Once you have selected it, the export procedure will begin. Do not close the application until 100% of the video is exported. After it is exported, save it to your camera roll or share it on any of your social media platforms. 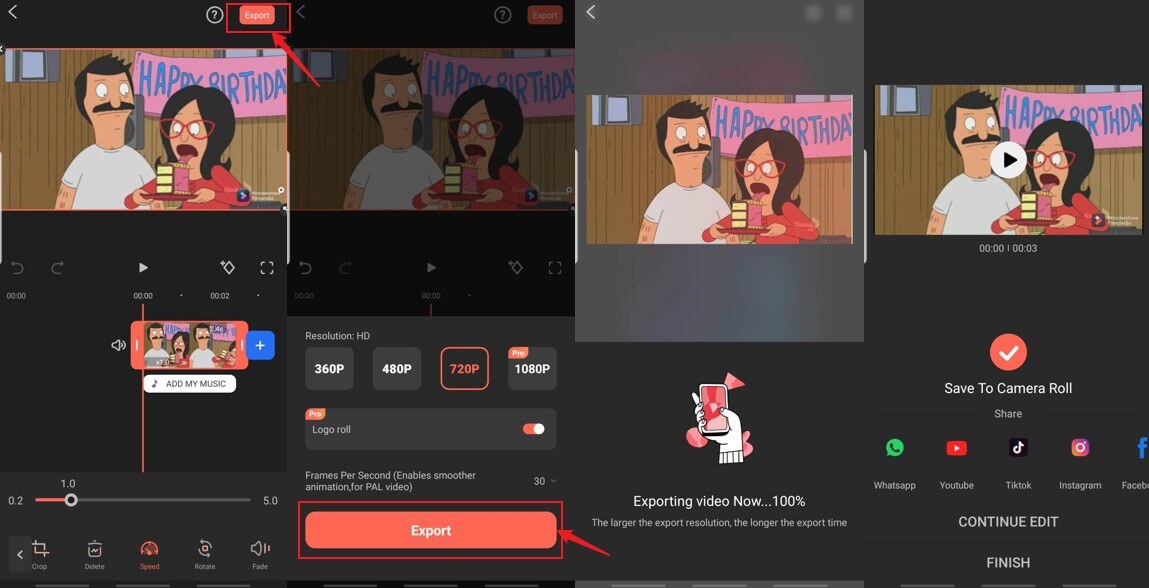 You may also like: How to Shorten a Video on iPhone [Two Methods]

Now that you know the steps to apply fast-motion and slow-motion effects, we hope you can seamlessly create your accelerated or decelerated videos using Wondershare FilmoraGo app.

Download the latest version on your iOS or Android smartphone today!

You may also like:  Speed Up Video Online: How to Fast Forward Part of the Video