If you've ever watched the "emoji" movie, you should deduce how fun it'd probably be to be an emoji yourself but not to worry with the animoji and memoji AR camera app; you get to be any animated character you like.

The AR camera, also known as the augmented reality camera, is one technological invention that is latching its creativity onto people.

For every smartphone model released or on the prospect of being released, one of its most talked-about features is the camera.

What it does, how creative it works and the, of course, the pixel resolution.

No matter how creative a camera is, it spoils the fun with a low-resolution quality.

But the AR camera is different. Animoji and memoji videos have been trending in 4k resolution on social media.

AR camera is a digital technology that overlays virtual content on real-life things.

Although every camera app has its innovative features, only a few are furnished AR cameras.

However, here are the top eight AR camera apps to make animoji and memoji videos in 2021.

FilmoraGo is an easy-to-use video editor with powerful editing tools and features.

FilmoraGo is the first iOS video editing application with both a dual camera function and editing tools.

FilmoraGo's AR camera supports both animoji and memoji features, but it is compatible with only iOS devices.

Its AR camera has abundant resources for you to explore and get creative with.

FilmoraGo is free to download, and its functions are free to explore and use. 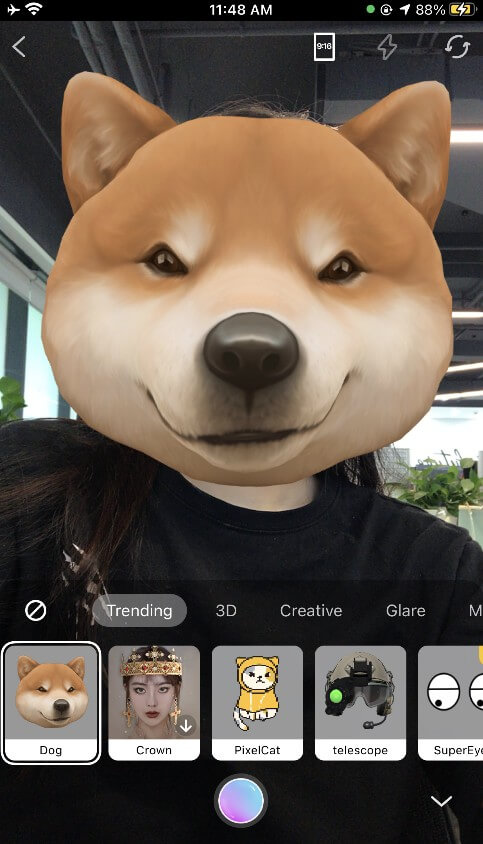 Clips is a free iOS video-making and editing application.

You can create your videos with clips artistic features.

Apple clips AR camera supports the memoji feature, and its functions are free to use.

Its AR camera resources are abundant and creative. 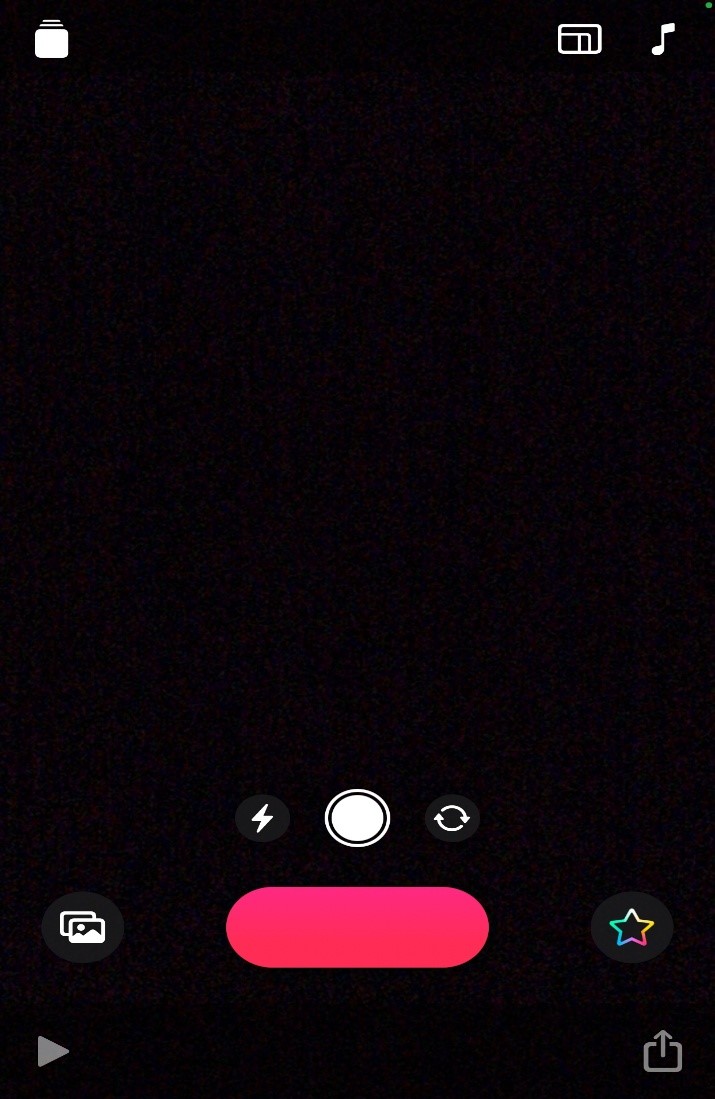 AR camera effect is a virtual camera editor that lets you take selfies and videos in virtual or animated scenes.

This AR camera app is free to download, and its functions are also free to use. 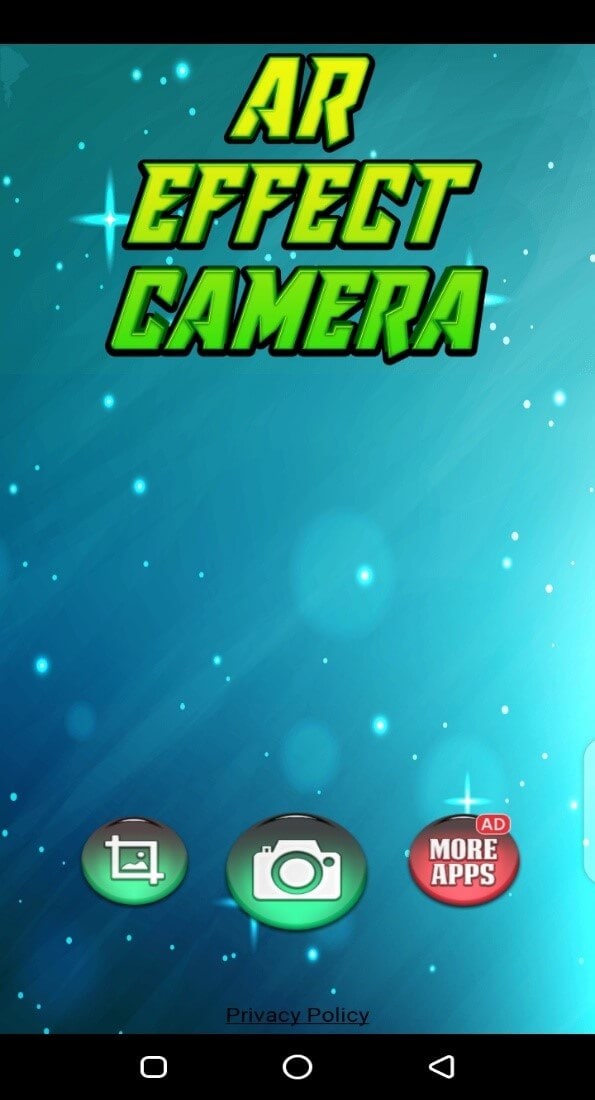 Face Cam has different varieties of AR resources you can use to create your memoji and share them with friends.

You can create a double memoji simultaneously of you and your BFF or your partner.

Face cam Ar camera is free to download and use. 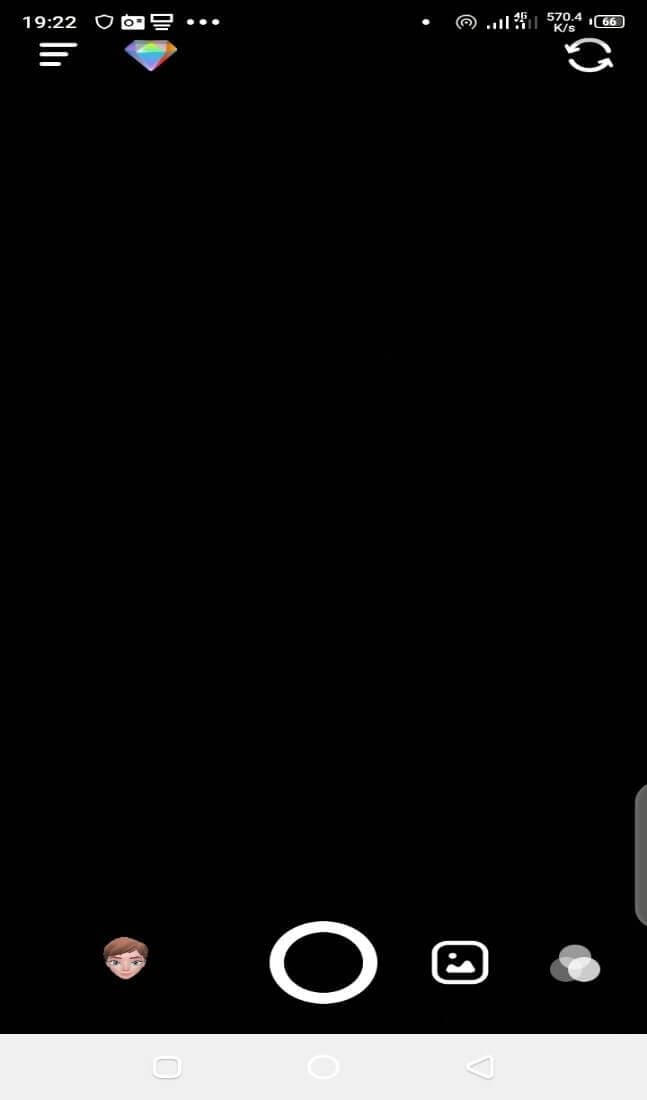 Leo AR is an Android/iOS AR camera that lets you add AR characters to your videos.

Leo Ar is free to download and use with tons of AR resources to go through and create animoji videos. 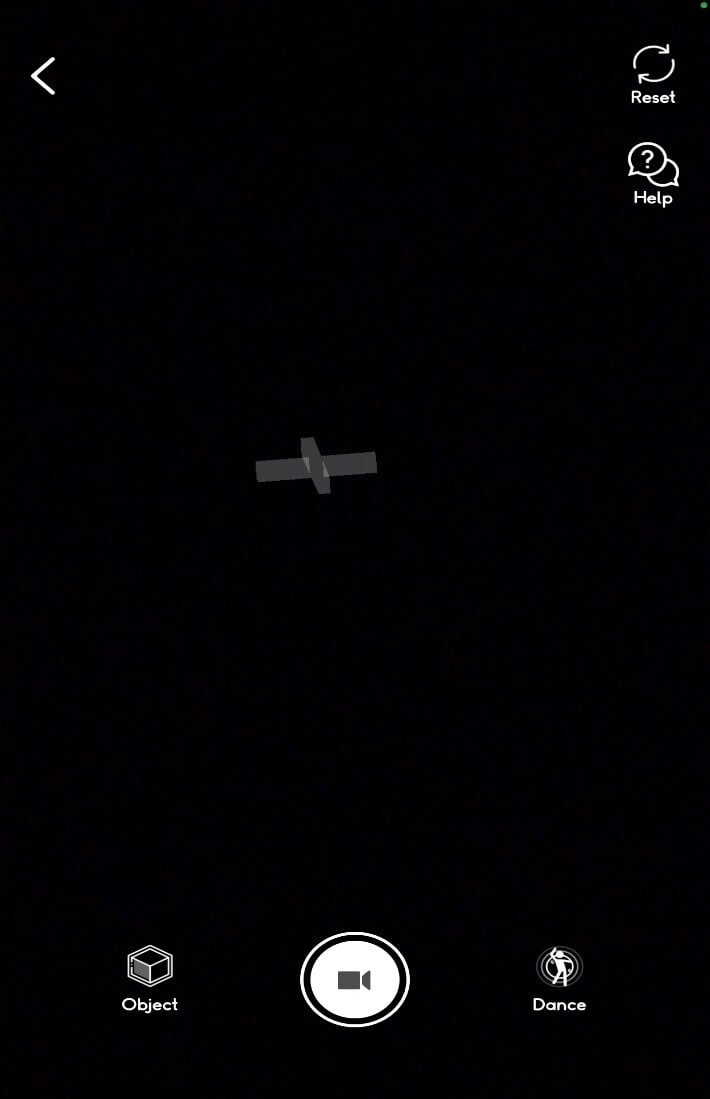 Although Snapchat is known for its creative filters and self-destructing messages, it also has an AR camera function.

Snapchat is also known to support memoji, also known as the bitmoji feature where you get to transform your real-life avatar into your personal emojis with several funny expressions.

Snapchat supports both Android and iOS devices, and it is free to download and use.

Snapchat updates its Ar resources frequently so you can be assured of an abundance of AR resources. 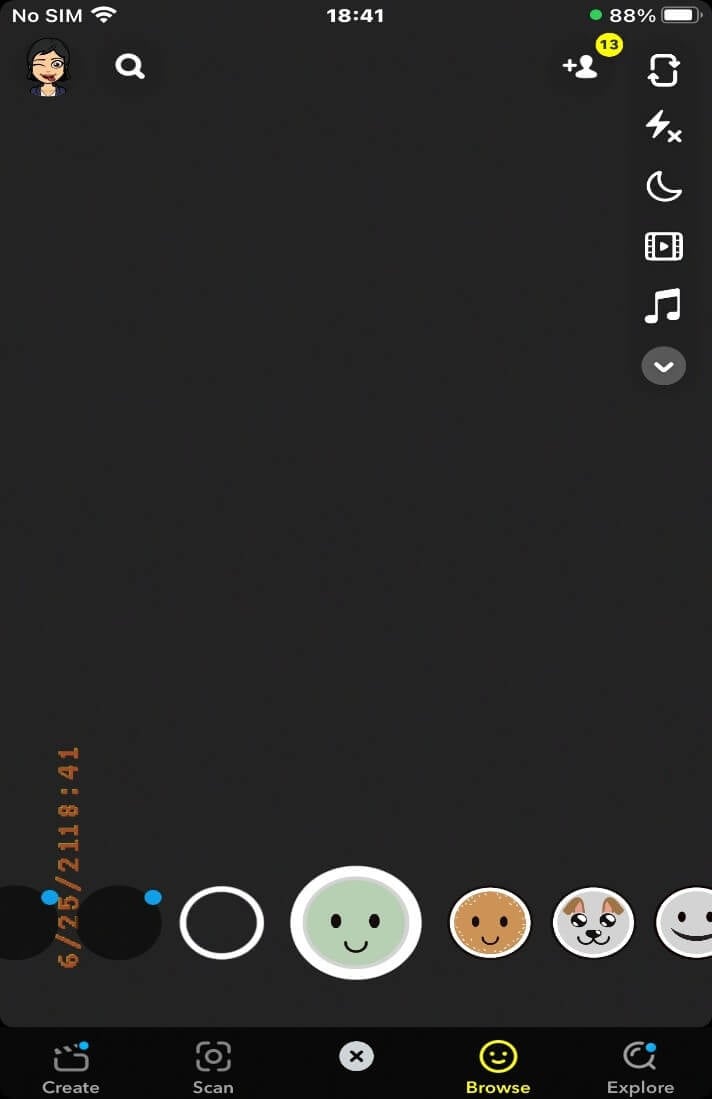 Instagram AR face features works with both the front and rear camera for Android and iPhone devices. 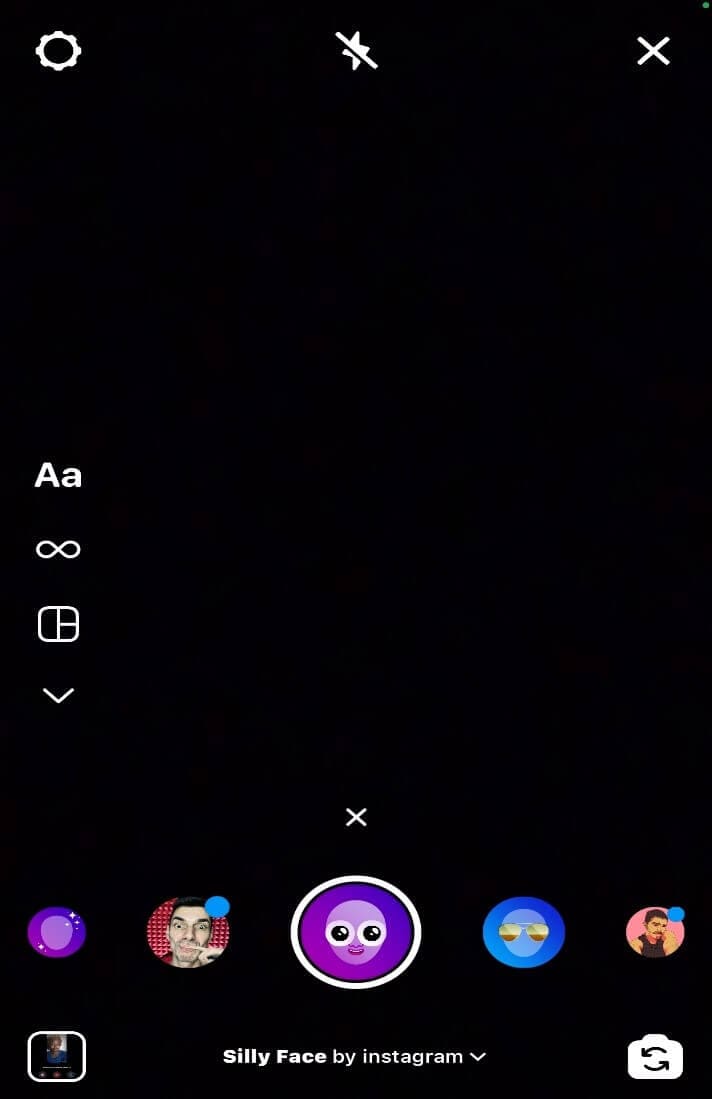 Ar shot is an Android Ar camera app that lets you create memoji and animoji characters and share them with friends.

Ar shot is mostly built-in in Android devices like Samsung and its resources are free to use as well. 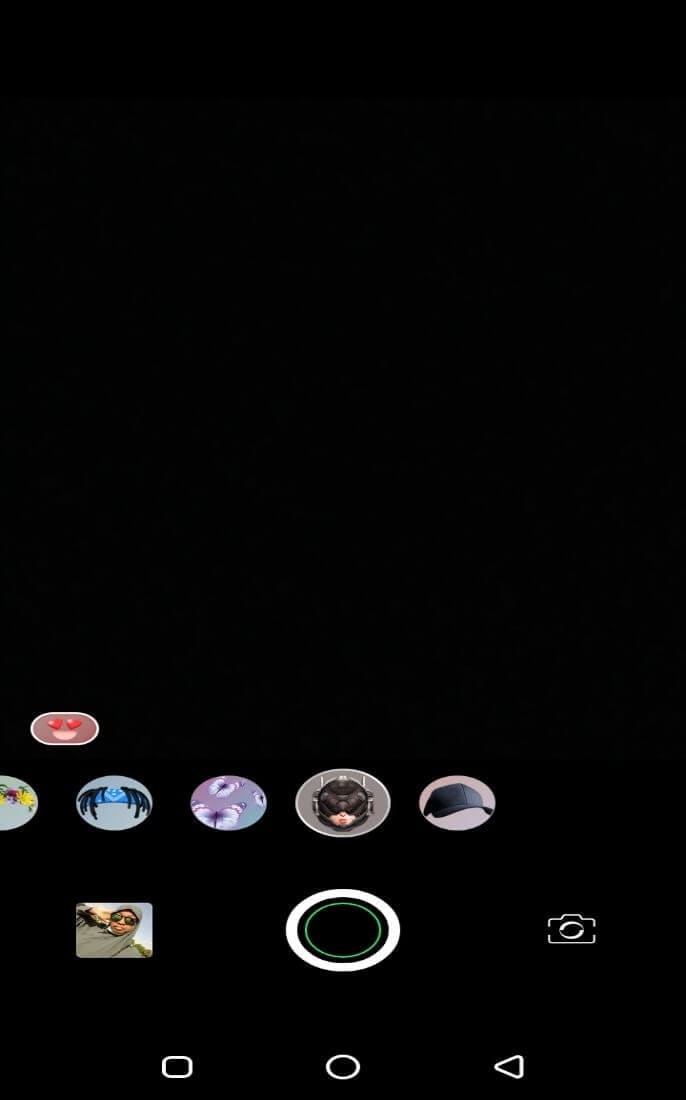 You may also like: Easily make a cyberpunk style video on FilmoraGo

The steps of using FilmoraGo’s Ar camera are:

Step 2: Tap on the camera button at the top right-hand side.

Step 3: select the props button and use any animoji or memoji feature for your video.

When you are not satisfied with the recorded segment or want to trim it, you can click on the segment to edit or delete the clip (All clips are arranged in the lower-left corner of the screen) 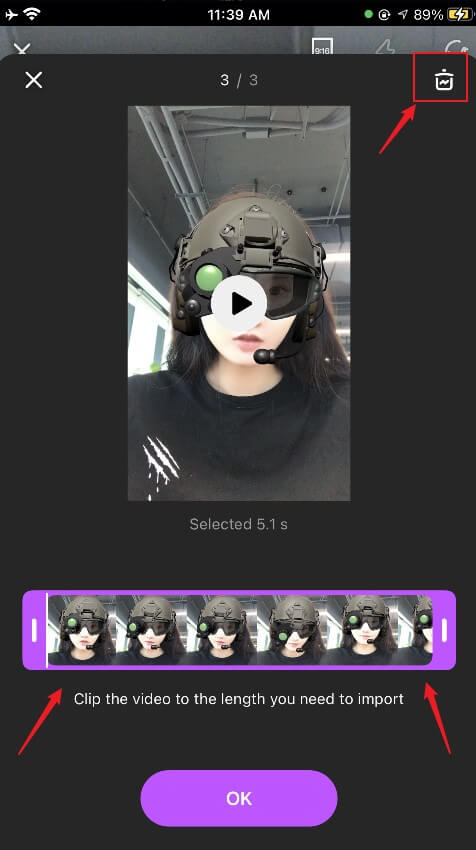 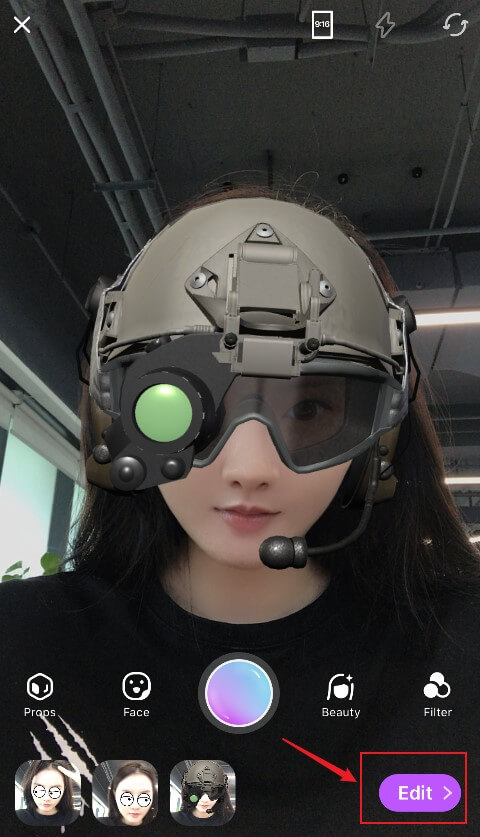 Once you’ve created your video, tap on edit below the screen to take your video to the timeline and export it. 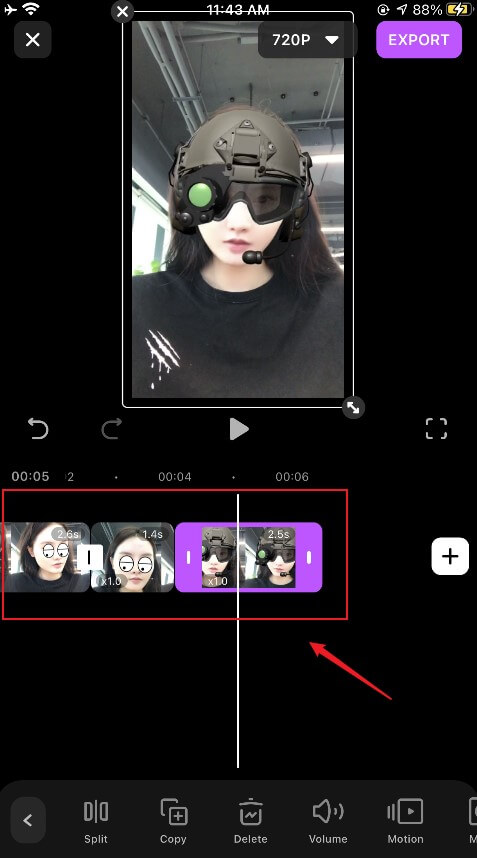 You may also like: Splice Video Editor: How to Splice Videos or Photos together on iPhone [with pictures]

The AR camera app is one of the best visual editing features created in the social world.

You can now create and personalize your memoji or animoji videos and share them with friends during conversations.

FilmoraGo provides you with a simple platform and intuitive Ar camera function to create your videos in few seconds.

Download FilmoraGo from the App Store and storm the world of augmented reality.

You may also like: Make your Videos Look Cinematic with One-tap on FilmoraGo